Max Porterfield, President and CEO, stated, “We are eager to advance our new discovery with this sizeable drilling campaign that will provide us with indications as to the extent and grade of nearby mineralization. We are undertaking several measures in order to fast-track the campaign and look forward to providing further exploration updates as they become available.”

The initial step-out campaign is planned to consist of several deep “parent” drill holes and accompanying wedges in order to intersect mineralization at 125m spacing over a strike length of 300m and vertical depth of 300m (See Figure 3). The 10,000m campaign is fully funded and may be upsized based on results given the Company’s strong treasury. Additionally, the target area can be drilled year-round providing additional flexibility in conducting exploration.

The new zinc and gold discovery was made after extending a historic Placer Dome drill hole by 38m. Placer Dome explored the property in the early 1990s when they had a mandate to discover a 30 million ton VMS deposit at the project. For additional details about the new discovery, please refer to the Company’s recent news release dated October 18, 2016. 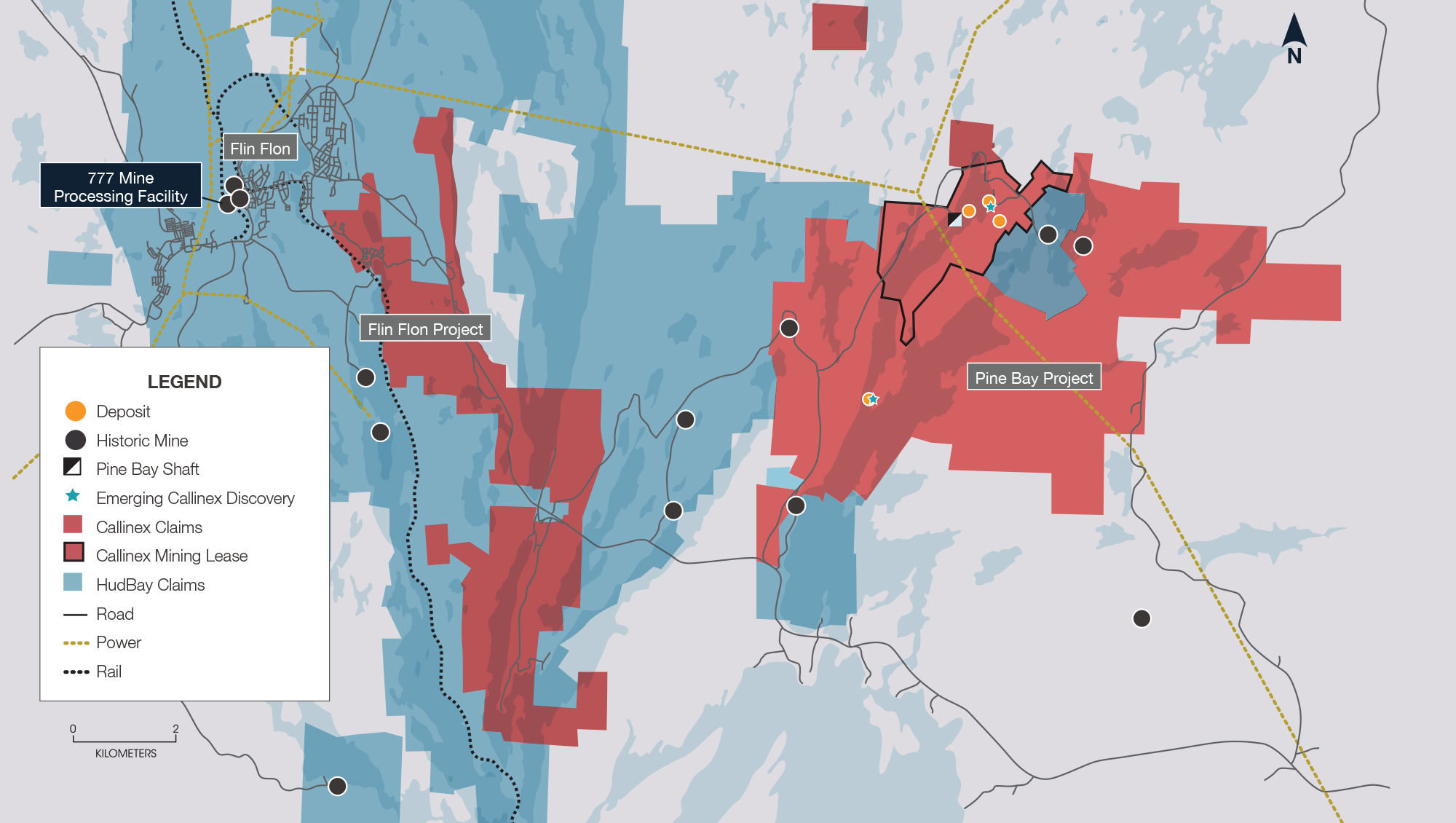 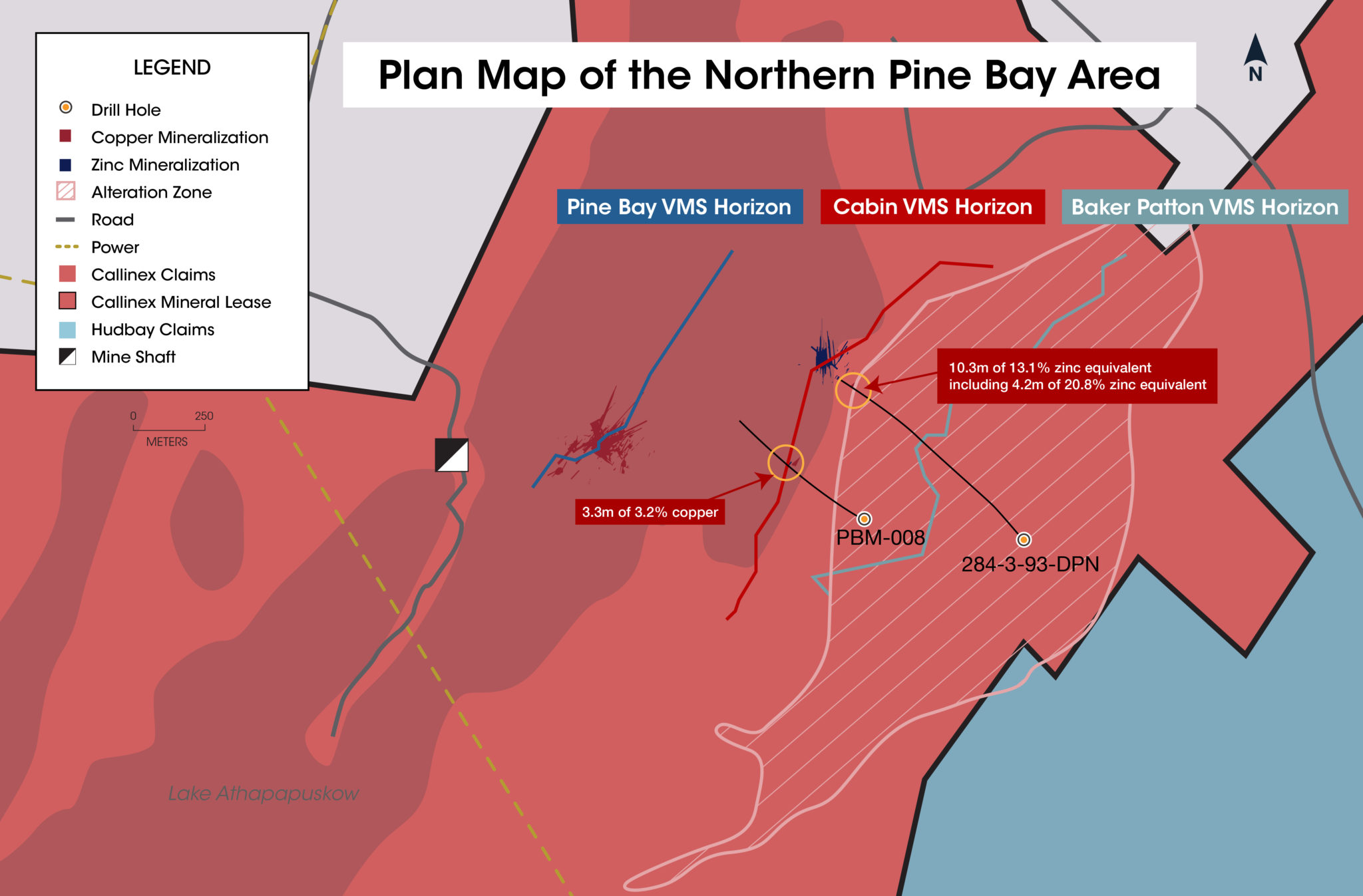 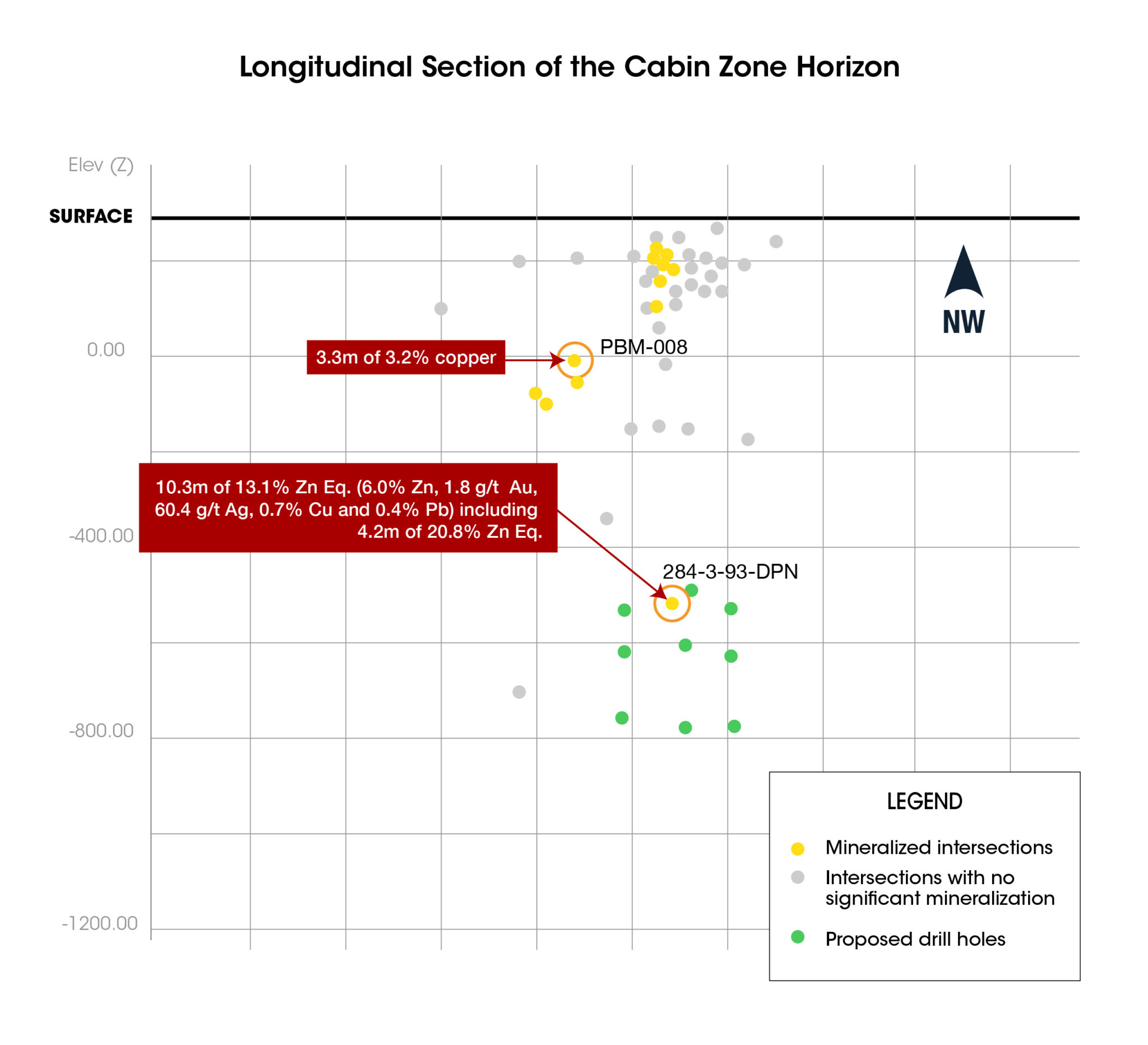 The Pine Bay Project is located 16km east of HudBay’s 777 Mine and processing facilities near Flin Flon, MB. The project area spans 6,000 sq. ha. and covers a significant portion of the Baker Patton Felsic Complex, one of the largest and most highly altered packages of felsic volcanic rocks within the Flin Flon Greenstone Belt. Historic exploration activities have outlined four mineral deposits, three of which are located within a mineral lease that has advanced permitting status and includes the right to conduct mining activities. The Pine Bay deposit, the largest of the four historic deposits, has a 212m vertical shaft with significant underground workings from previous exploration activities.

The project has two distinct areas with VMS mineralization, the northern Pine Bay area and the southern Sourdough area. These areas are each related to historic deposits and occur along an approximate 10km NE-SW VMS trend near the top of the Baker Patton Felsic Complex. The Sourdough area is immediately adjacent to HudBay’s past-producing Centennial Mine. Callinex has recently intersected new VMS zones in both the Pine Bay and Sourdough areas.

During the 1990s, majors including Placer Dome Inc. and Inmet Mining Corporation conducted limited exploration programs in the Pine Bay area to define a large VMS deposit at depth. A review of historic work has confirmed that several proposed drill holes and targets outlined by Placer Dome that were never completed. The property position was recently consolidated for the first time combining several large claim blocks previously operated by companies including Placer Dome, Inmet, Newmont, HudBay and Cameco.

Previous to Callinex’ modern geophysical and geological exploration programs, very limited work was conducted between 1996 and 2014. Callinex has digitally compiled more than 1,000 mostly shallow drill holes and has completed large airborne and ground geophysical surveys to identify and evaluate the most prospective drill targets.