Vancouver, British Columbia – May 30, 2017 – Callinex Mines Inc. (the “Company” or “Callinex”) (TSX-V: CNX; OTCQX: CLLXF) is pleased to  announce that it has commenced its 2017 Bathurst drilling campaign (the “Campaign”) to complete up to 10,000m at the Nash Creek and Superjack Volcanogenic Massive Sulphide (“VMS”) projects located in the Bathurst Mining District of northern New Brunswick (See Figure 1). The Campaign is underway at the Nash Creek Project with one drill rig and a second rig is planned to arrive within 30 days. The drill rigs will be re-mobilized to the Superjack Project in late-June after drilling is concluded at Nash Creek. The Company anticipates 20 to 30 drill holes will be completed at the Nash Creek Project totaling 3,500 to 6,000m and four to eight drill holes at the Superjack Project totaling 2,500 to 4,000m.

Max Porterfield, President and CEO, stated, “We are pleased to be commencing the Company’s maiden exploration campaign at the Nash Creek and Superjack Projects in the Bathurst Mining District. These projects each host considerable near-surface, zinc-rich deposits that are open for expansion and are located within an established mining district that has produced over 130 million tonnes of ore.” Mr. Porterfield continued, “In the midst of a zinc market with major supply shortfalls forecasted, these assets have the potential to provide significant leverage given their resource size, location and prospects for further exploration and development.”

The Nash Creek Project is ideally situated approximately 1 km south of Provincial Highway 11, about 100 km by road to Trevali’s Caribou Mine and 25 km by road to Glencore’s Belledune lead/silver smelter, which has direct railway access to Glencore’s Canadian zinc smelting and refining operations. The current mineral resource contains an Indicated mineral resource totaling 9.0 Mt grading 3.6% Zn Eq. and an Inferred mineral resource totaling 1.1 Mt grading 3.6% Zn Eq. that are open for expansion (See Table 1). In conjunction with dense media separation, it is expected that a head grade of 5-7% Zn Eq. could be achieved with excellent recoveries of 91% for zinc and 82% for lead based on previous metallurgical testing (See News Release dated September 12, 2016).

The primary objective of the Nash Creek phase of the Campaign will be to identify potential to expand the near-surface mineral resource to the north by testing a series of Induced Polarization (“IP”) resistivity (See Figure 2) and soil anomaly targets. The Company has completed 3D geophysical inversions and concluded that the known Nash Creek VMS mineralization correlates very well with 3D-IP resistivity lows and, to a lesser extent, some of the 3D magnetic lows. All of the IP targets proposed for 2017 drill testing occur within the same stratigraphic package known to host the current mineral resources.

James Pickell, PGeo, a qualified person under National Instrument 43-101 and a consultant to Callinex, has reviewed and approved the technical information in this news release.

1)   Resources are categorized according to CIM Definition Standards; it cannot be assumed that all or any part of Inferred Mineral Resources will be upgraded to Indicated or Measured as a result of continued exploration. 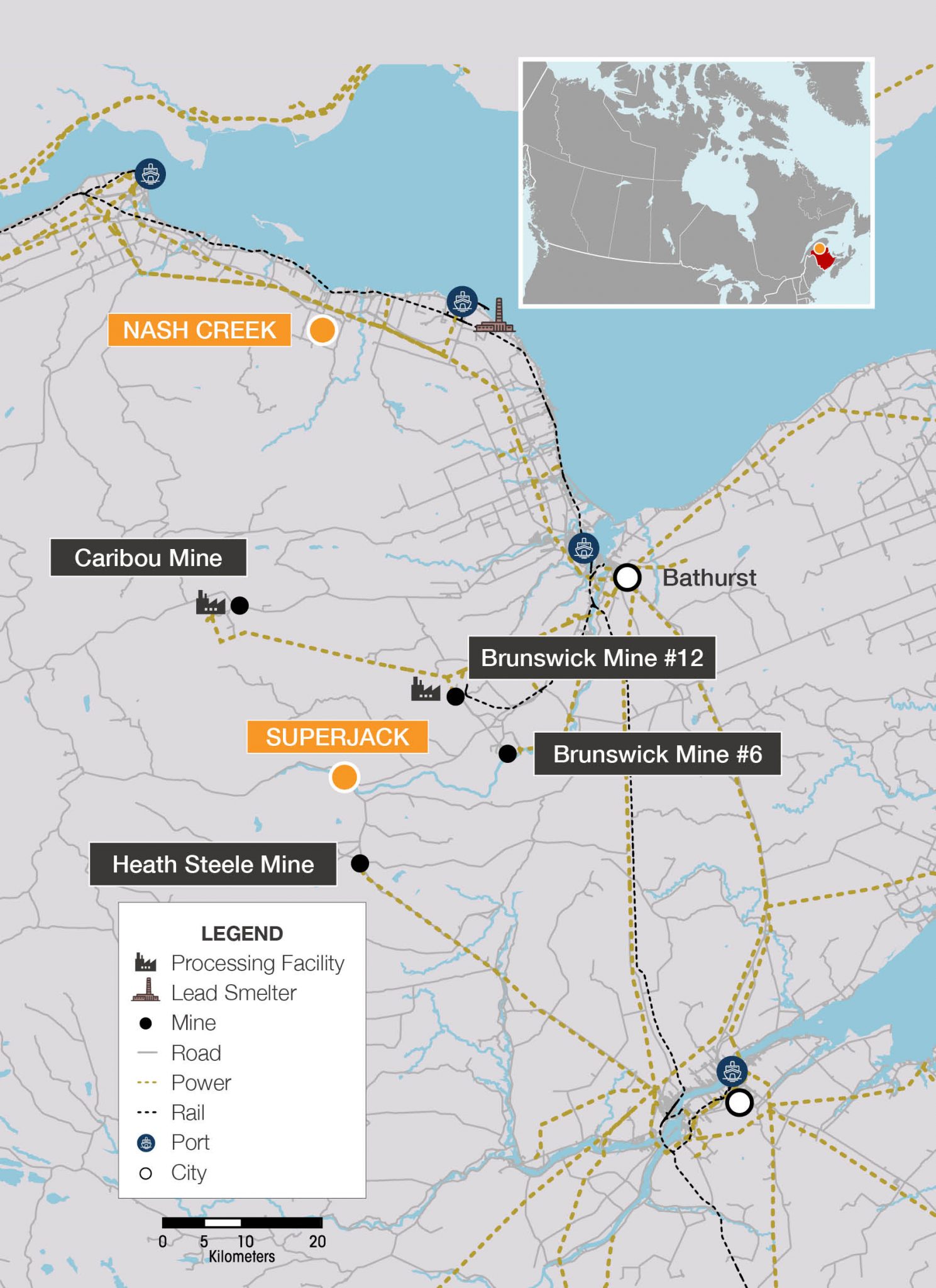 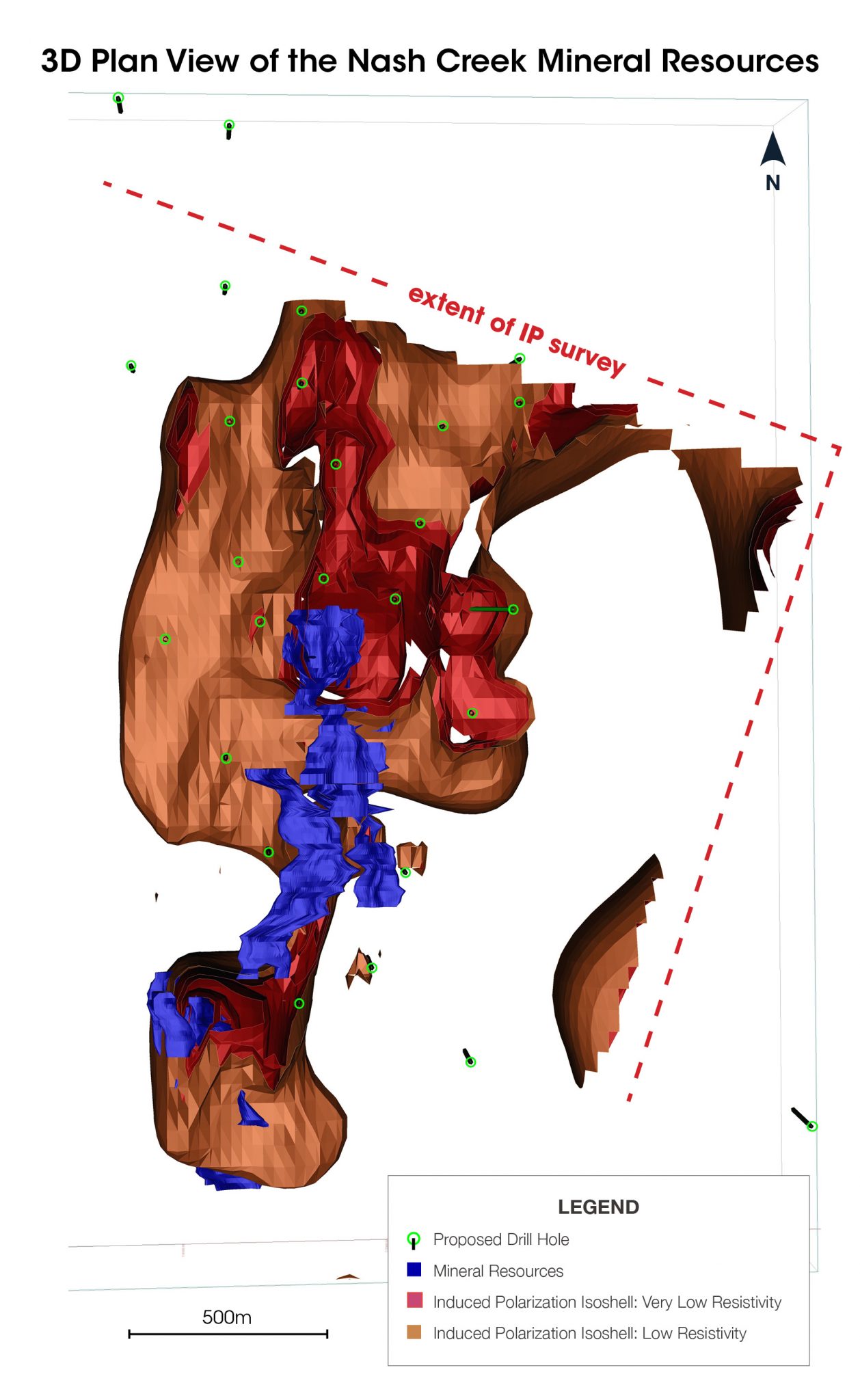