Vancouver, British Columbia – February 16, 2021 – Callinex Mines Inc. (the “Company” or “Callinex”) (TSXV: CNX) (OTC: CLLXF) is pleased to announce that it has commenced its 2021 drilling campaign (the “Campaign”) at its Pine Bay Project (the “Project”) located 16km away from Flin Flon, MB (District Overview Map). The Campaign will start immediately with the completion of two drill holes for 1,500 meters of the 30,000 meters budgeted for 2021 (Rainbow Discovery Plan View). 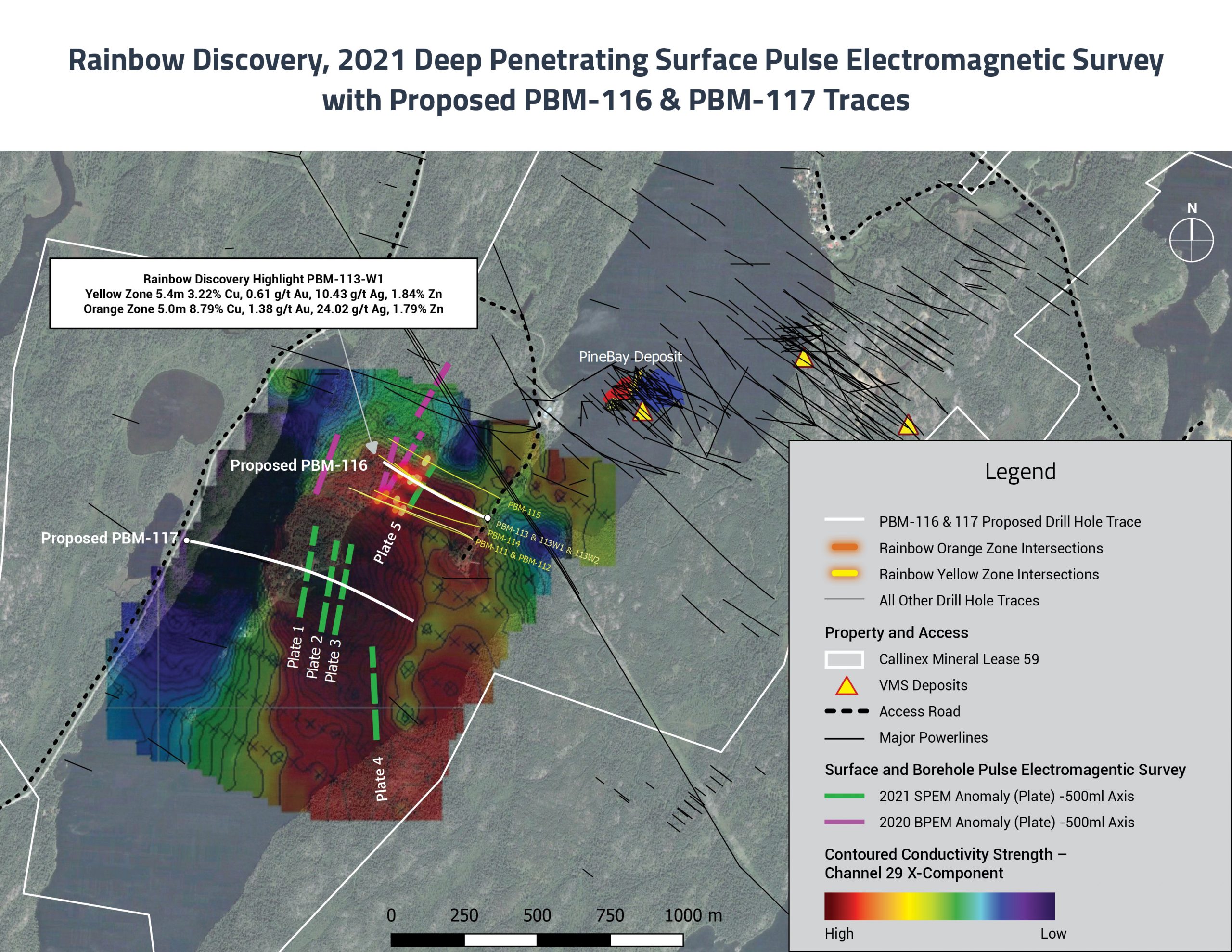 The first drill (PBM-116) will continue stepping out from the Orange and Yellow zones, the first two zones discovered to date at the Rainbow Deposit, with an immediate focus of continuing to define mineralization closer to surface (Rainbow Discovery Long Section). The Rainbow Discovery has been made on Callinex’s mineral lease, less than 250m from a high-voltage power-line and 550m from a historic shaft with direct road access to processing facilities in Flin Flon, MB. 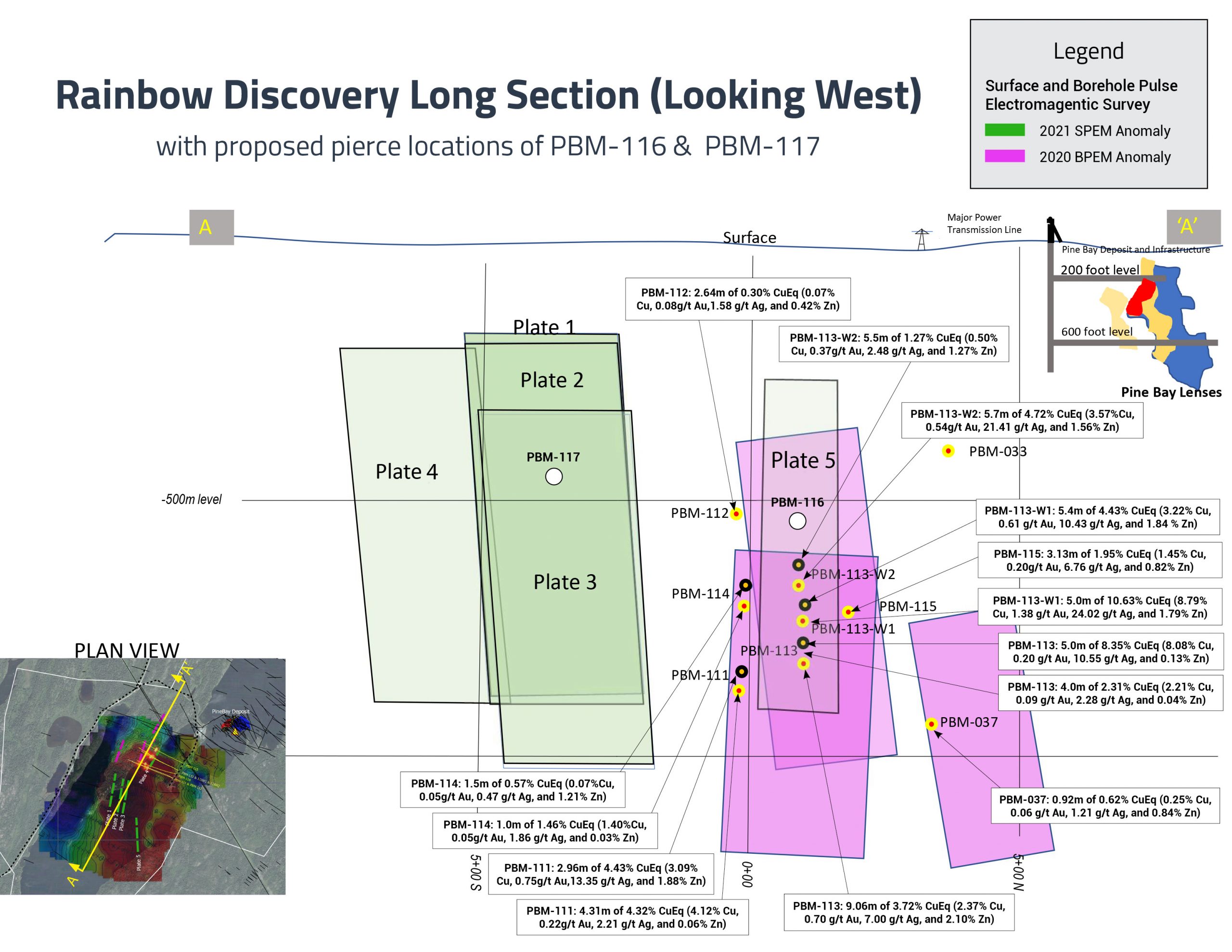 A second drill (PBM-117) will immediately test three of the four highly conductive anomalies that were recently identified near-surface and along strike to the south of the Orange and Yellow zones of the Rainbow Discovery (Rainbow Discovery 3D View). Each of the three modeled conductive anomalies being tested has a strike extent of 300 metres and are interpreted to begin at a vertical depth of 200 metres. 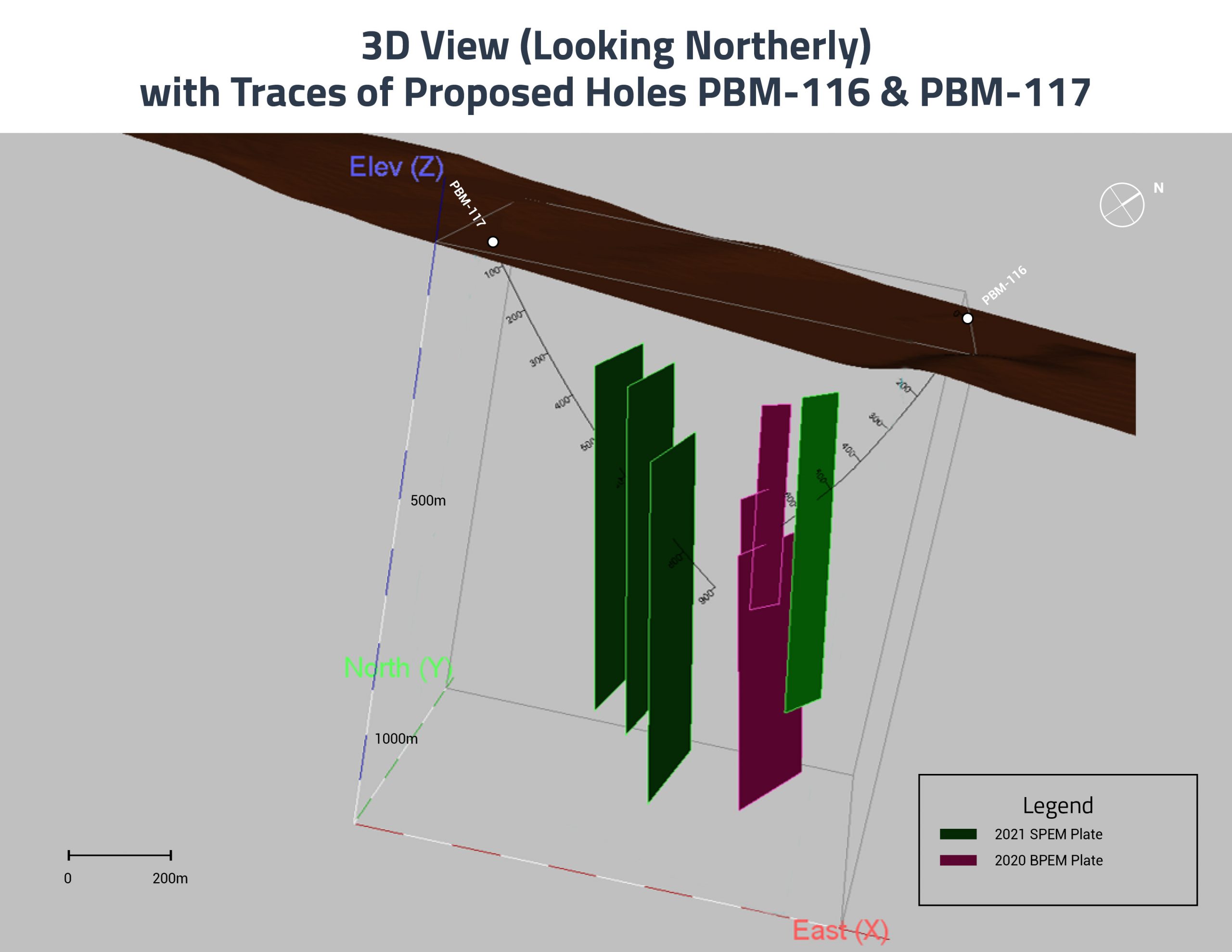 The identified anomalies expand the strike extent of the Rainbow over 1 km to the south (See News Release Dated January 21, 2021). The three major base metal mines discovered in the Flin Flon/Snow Lake Greenstone Belt with tonnages ranging between 25 – 70 million tonnes have a strike length over 1 km. Based on the recent survey, the Rainbow Discovery has a strike length of at least a kilometre with potential to grow further along strike to the south.

While none of these plates have been tested by diamond drilling, some historical holes in the vicinity have intersected alteration and geology as seen in recent Rainbow zone drilling. Anomaly 5, which is the modeled conductive body of the Orange and Yellow zones, has a modeled strike extent of 150m, or half the length of Anomalies 1-4.  It should be noted that deposits in the Flin Flon Greenstone Belt typically have a plunge extent on average between 5-8 times the strike of the deposit. Additionally, all larger producing Volcanogenic Massive Sulphide (“VMS”) mines are made up of a number of stacked zones or lenses such as the Orange and Yellow zones discovered to date at the Rainbow.