Vancouver, British Columbia – Callinex Mines Inc. (the “Company” or “Callinex”) (TSX-V: CNX; OTCQX: CLLXF) is pleased to announce it has acquired the Bay 1 mining claim (the “Claim”) located at the south end of its 100% owned Pine Bay Project and approximately 400m along trend from Hudbay’s past-producing Centennial Mine. The Company acquired the claim based on a review of historic drilling within the vicinity of the Project that identified significant intersections approximately 300m from the Centennial Mine shaft and approximately 100m from the newly acquired Claim boundary (See Figure 1 & 2). These intersections were reported in drill logs where visual estimates outlined*:

No assays were included in the drill logs included with the assessment report. Full drill results for the 12 holes adjacent to the Bay 1 claim are available at: http://www.gov.mb.ca/data/em/application/assessment/98616.pdf

In addition to the close proximity to historic high-grade mineralization, the claim area is interpreted to cover the Centennial-Sourdough geological trend, an extension of the stratigraphy that hosts the Centennial Mine and Callinex’s Sourdough Bay deposit. A significant section of this prospective extension has not been subjected to modern geophysical exploration. The Centennial-Sourdough stratigraphy is believed to extend for multiple kilometers onto the Pine Bay Project area and is one of several stratigraphic horizons on the property known to host VMS mineralization. The Company acquired the Claim from the vendor for an immaterial cash payment.

The Pine Bay Project consists of a recently consolidated land package located 16km east of Hudbay’s 777 Mine and hosts four high-grade VMS deposits rich in copper and zinc. Previous operators reported historical resource estimates totaling 1.62 million tons at a grade of 2.81% copper equivalent(1). This is a historic estimate and has not been verified by the Company. This historic resource should not be relied upon. 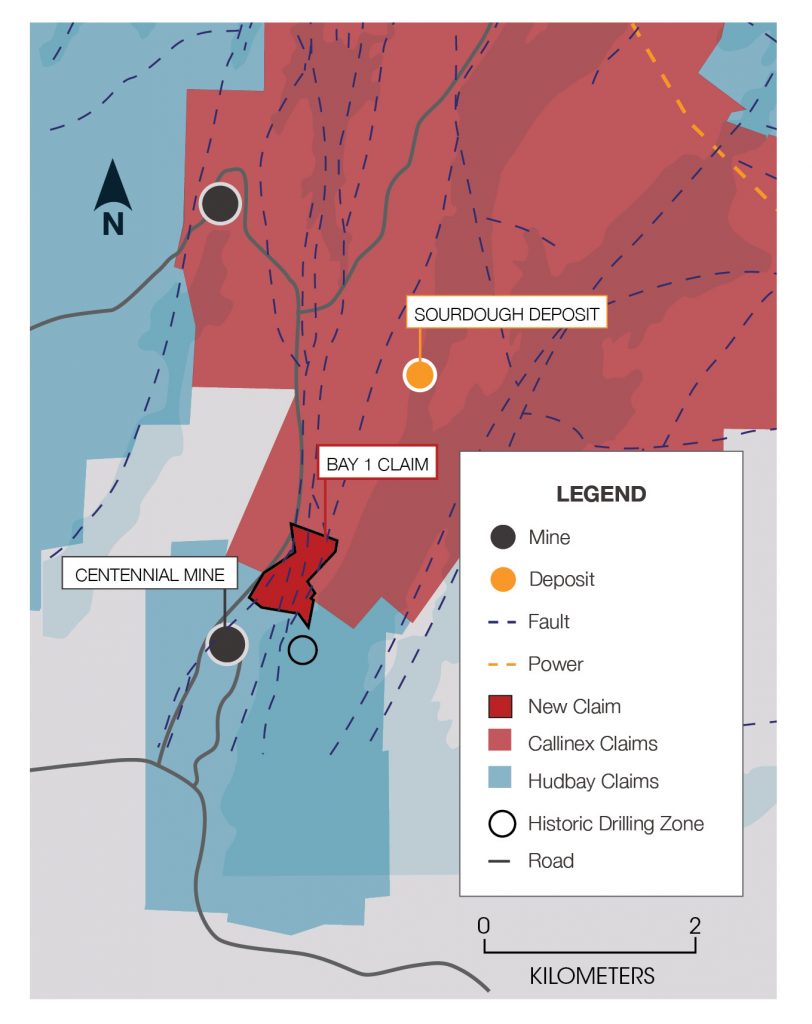 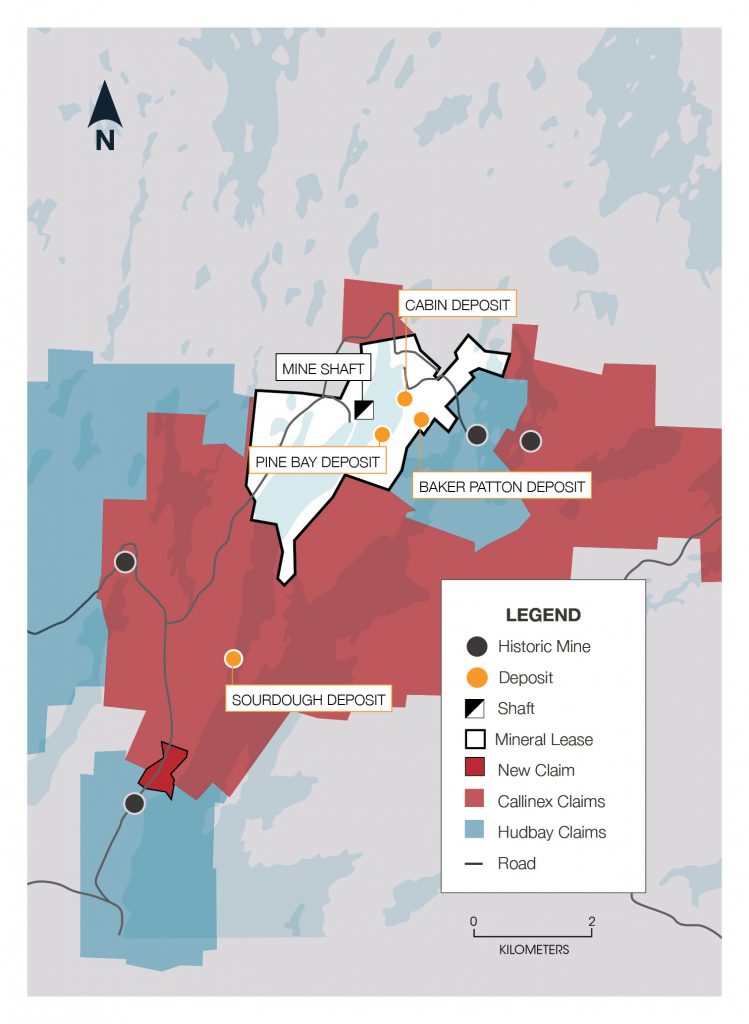 The Pine Bay Project is located 16km east of Flin Flon, MB, and covers approximately 4,500ha. The project includes a mineral lease that allows for the right to operate a mine and covers a 212m vertical shaft with 760m of underground development accessing high-grade historic copper mineralization. In addition to the right to operate a mine, the project hosts four past producing VMS mines and historic resources totaling 1.62 million tons at a grade of 2.81% Cu Eq.(1).

The property consists of recently consolidated land package with individual claim blocks previously owned or operated by Placer Dome, Newmont, Hudbay and Cameco. In the 1990’s, the northern section of the property was primarily explored by Placer Dome, who conceptualized potential for a large VMS deposit at depth near the Pine Bay, Cabin and Baker Patton deposits. The Baker Patton deposit, which may represent a feeder zone, is located within a large and intensely altered zone up to 1,500m long and up to 740m wide. This alteration zone overlies a 540m x 360m stringer zone, a large gravity anomaly and both electromagnetic (EM) and magnetic anomalies.

The technical content of this news release has been reviewed and approved by Gilles Dessureau, MSc., P.Geo, a Consultant to the Company and a Qualified Person as defined by National Instrument 43-101.