Vancouver, British Columbia – November 18, 2020 – Callinex Mines Inc. (the “Company” or “Callinex”) (TSXV: CNX) (OTC: CLLXF) is pleased to announce high-grade copper results with gold, silver and zinc from the ongoing drilling campaign to expand the Rainbow Discovery (the “Discovery” or “Rainbow”) at the 100% owned Pine Bay Project located in the Flin Flon Mining District of Manitoba (District Overview Map). The Rainbow Discovery has been made on Callinex’s mineral lease, less than 250m from a high-voltage power-line and 550m from a historic shaft with direct road access to processing facilities in Flin Flon, MB (Pine Bay Plan View). 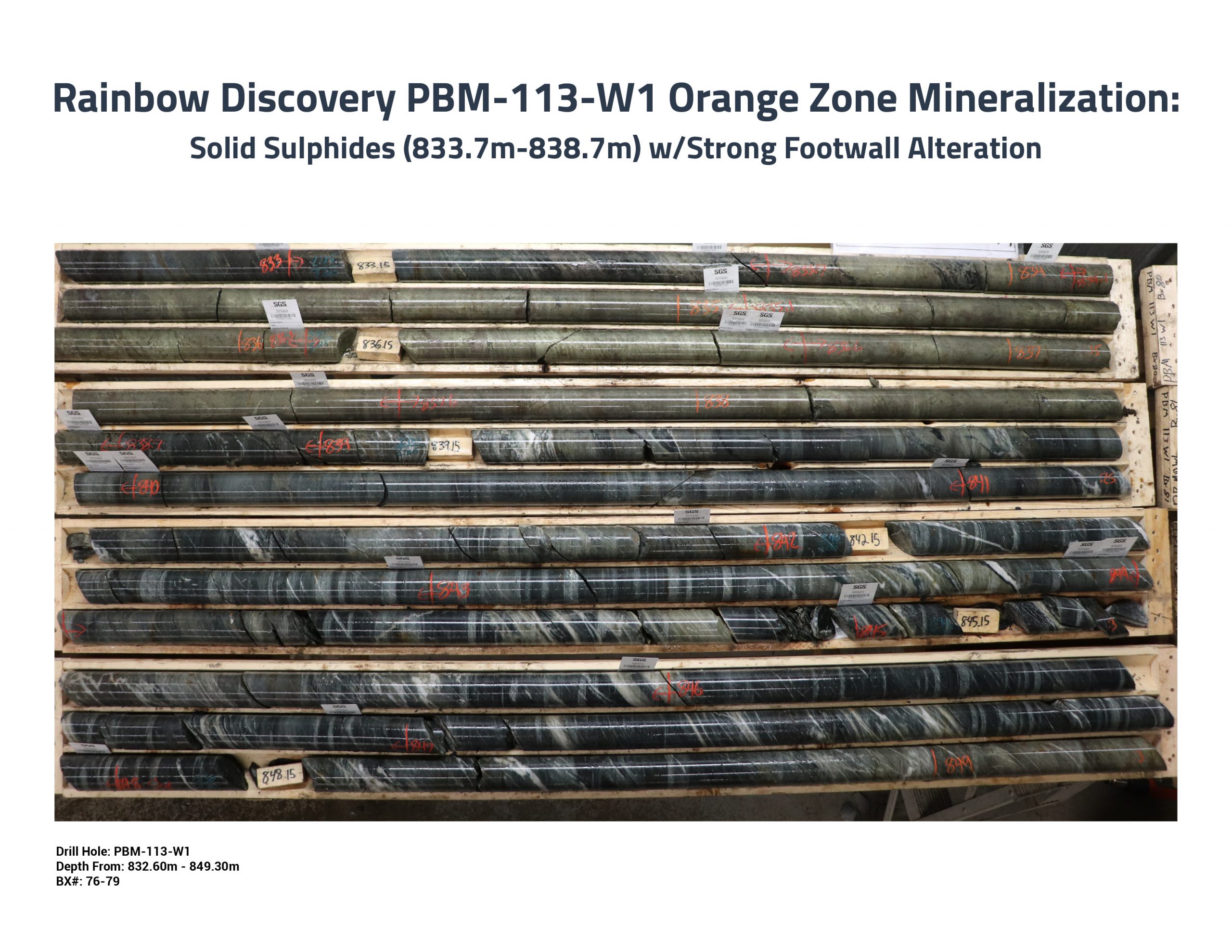 Max Porterfield, President and CEO, stated, “The exceptional high-grade drill results announced to date make Rainbow a bonafide discovery within the Flin Flon Mining District.” Mr. Porterfield continued, “Our technical team has been credited with the discovery of three of the four largest mines ever discovered in the Flin Flon Greenstone Belt. Together, we believe the Rainbow Discovery has the potential to extend Flin Flon’s rich mining history and in turn benefit our shareholders.” 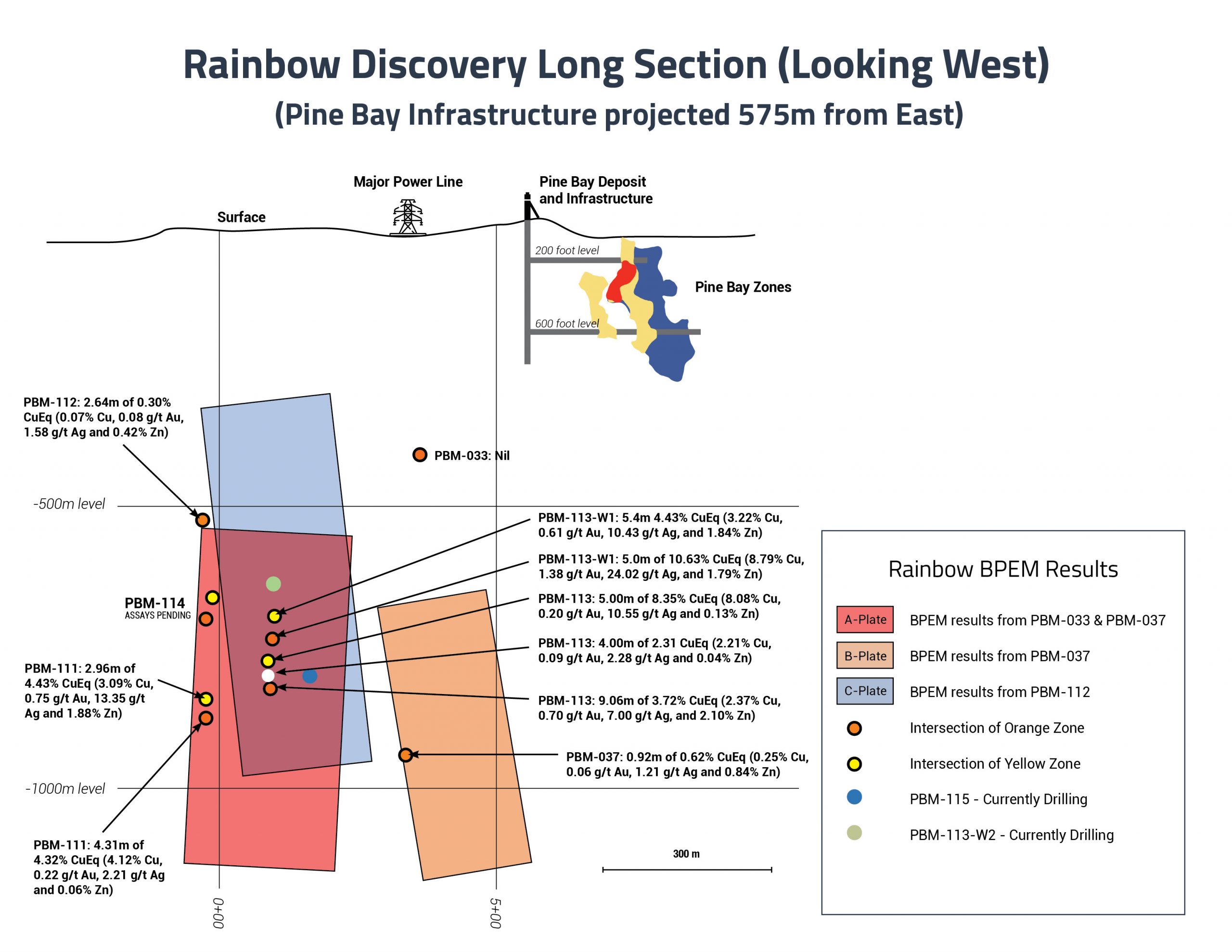 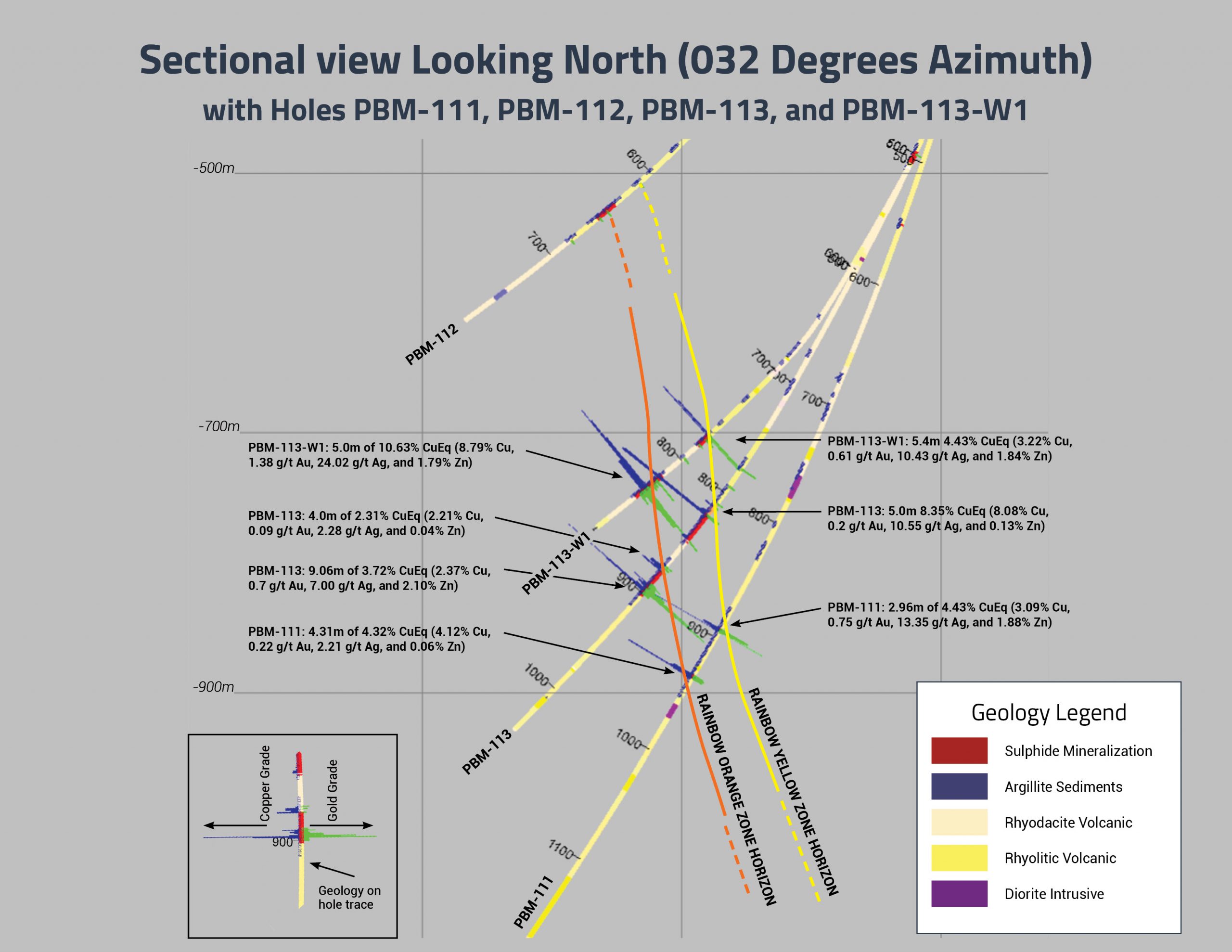 Currently, two rigs are drilling step-out holes as the Company delineates the Rainbow Discovery.  Drill hole PBM-115 is currently being drilled to test ~75m along strike to the north of PBM-113.  Additionally, a second wedge, PBM-113-W2, has been started off PBM-113 to intersect ~60M vertically above PBM-113-W1. The two drill rigs will continue to operate to delineate the Rainbow Discovery until mid-December for a brief holiday break and resume drilling in early January 2021.

Figure 3: Plan View of the Rainbow Discovery at the Pine Bay Project