Vancouver, British Columbia – July 6, 2017 – Callinex Mines Inc. (the “Company” or “Callinex”) (TSX-V: CNX; OTCQX: CLLXF) is pleased to announce that it has mobilized drill rigs to the Superjack Project as part of the 2017 Bathurst drilling campaign (the “Campaign”) to complete up to 10,000m of drilling in the Bathurst Mining District of New Brunswick (See Figure 1). The Company will release drill results in the coming weeks from holes recently completed at the Nash Creek Project. A total of 24 holes and 4,622m was drilled at the Nash Creek Project during the first phase of the Campaign. Phase two of the Campaign that is currently underway at the Superjack Project is anticipated to include six holes totaling 3,250m (See Figure 2).

The primary exploration objective at Superjack is to test for high-grade extensions of the A Zone at depth (See Table 1). Two of the deepest holes previously drilled intersected thick intervals of high-grade mineralization at a vertical depth of approximately 440m (See Figure 3). Results from these holes include (See news release dated June 19, 2017):

Borehole electromagnetic surveys completed by Callinex in 2016 on drill holes NP11-54 and SJ15-86 indicates the conductive mineralization has the potential to continue at depth.

In addition, one drill hole will test a 1,300m long by 800m wide gravity inversion anomaly that indicates the three known mineralized zones (A, B and C) connect at depth. This gravity inversion is also supported by historic drilling which intersected graphitic argillite on opposite sides of the A and B zones, in what appears to be the ‘nose’ of the syncline (See Figure 4).

One drill hole is planned for metallurgical purposes at the A zone to test for amenability to utilize dense media separation (“DMS”). Previous DMS testing at the Company’s nearby Nash Creek Project indicates the average grade of mineralization can be enhanced by 80-90% (See News Release dated September 12, 2016).

The Company believes there is potential for the Nash Creek and Superjack projects to have a standalone processing facility or to significantly enhance the viability of a central toll milling operation. Callinex will seek to incorporate exploration results and metallurgical test results as part of the current Campaign into a Preliminary Economic Assessment which is anticipated to be completed in the first quarter of next year.

The Superjack Project benefits from having excellent infrastructure. The project is located 90 km by road from the Company’s Nash Creek Project and is approximately 42 km by road to Trevali’s Caribou Mine. Mineralization at the Superjack Project is hosted within a similar geological environment as the ‘supergiant’ Brunswick No. 12 Mine and nearby Caribou Mine. The Brunswick No. 12 Mine, located 15 km to the northeast of the Superjack property, was previously the largest underground mine in the world.

1)   Resources are categorized according to CIM Definition Standards; it cannot be assumed that all or any part of Inferred Mineral Resources will be upgraded to Indicated or Measured as a result of continued exploration.

3)   The Superjack mineral resource estimates includes the Nepisiguit A (the “A Zone”) and Nepisiguit C Zones (the “C Zone”). 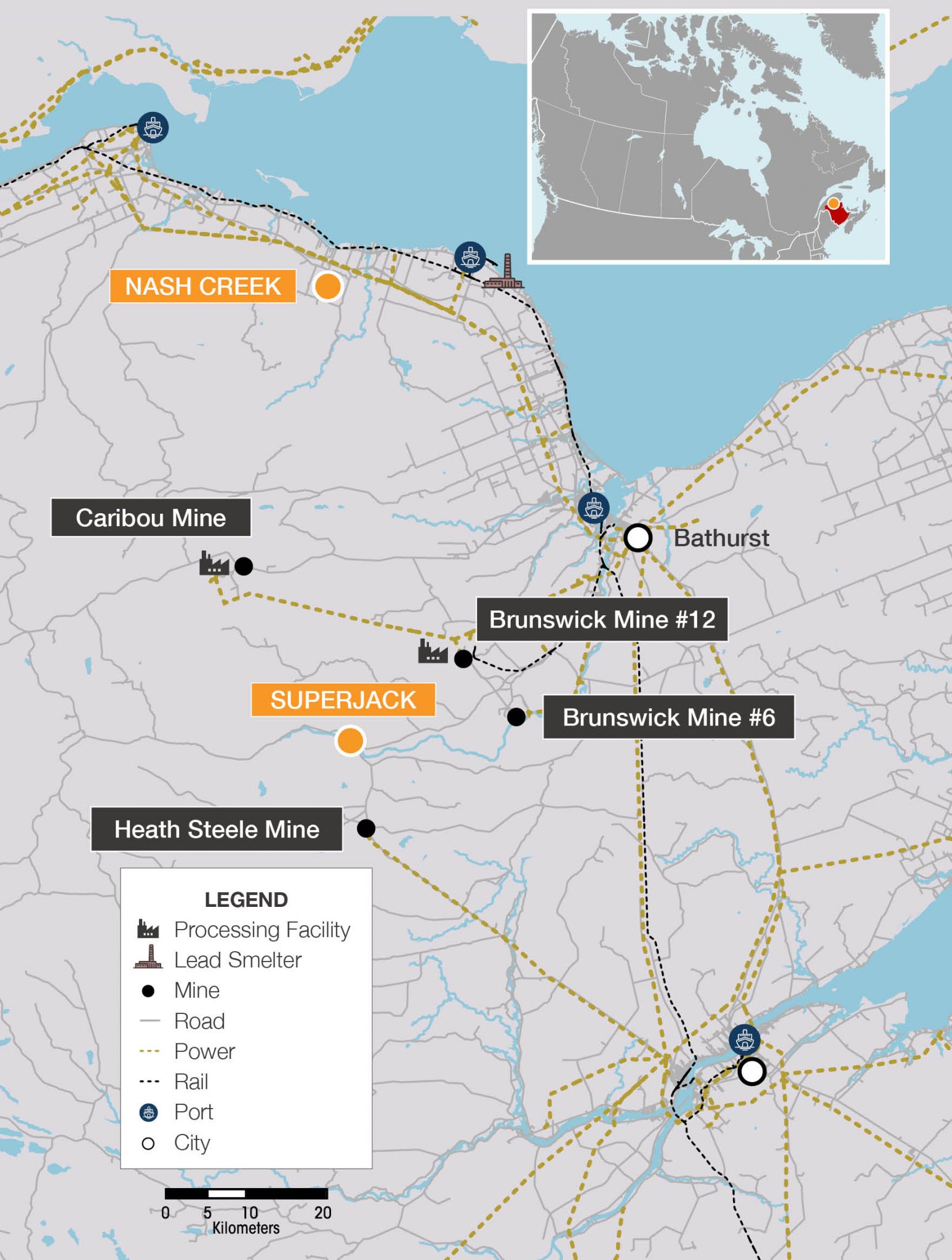 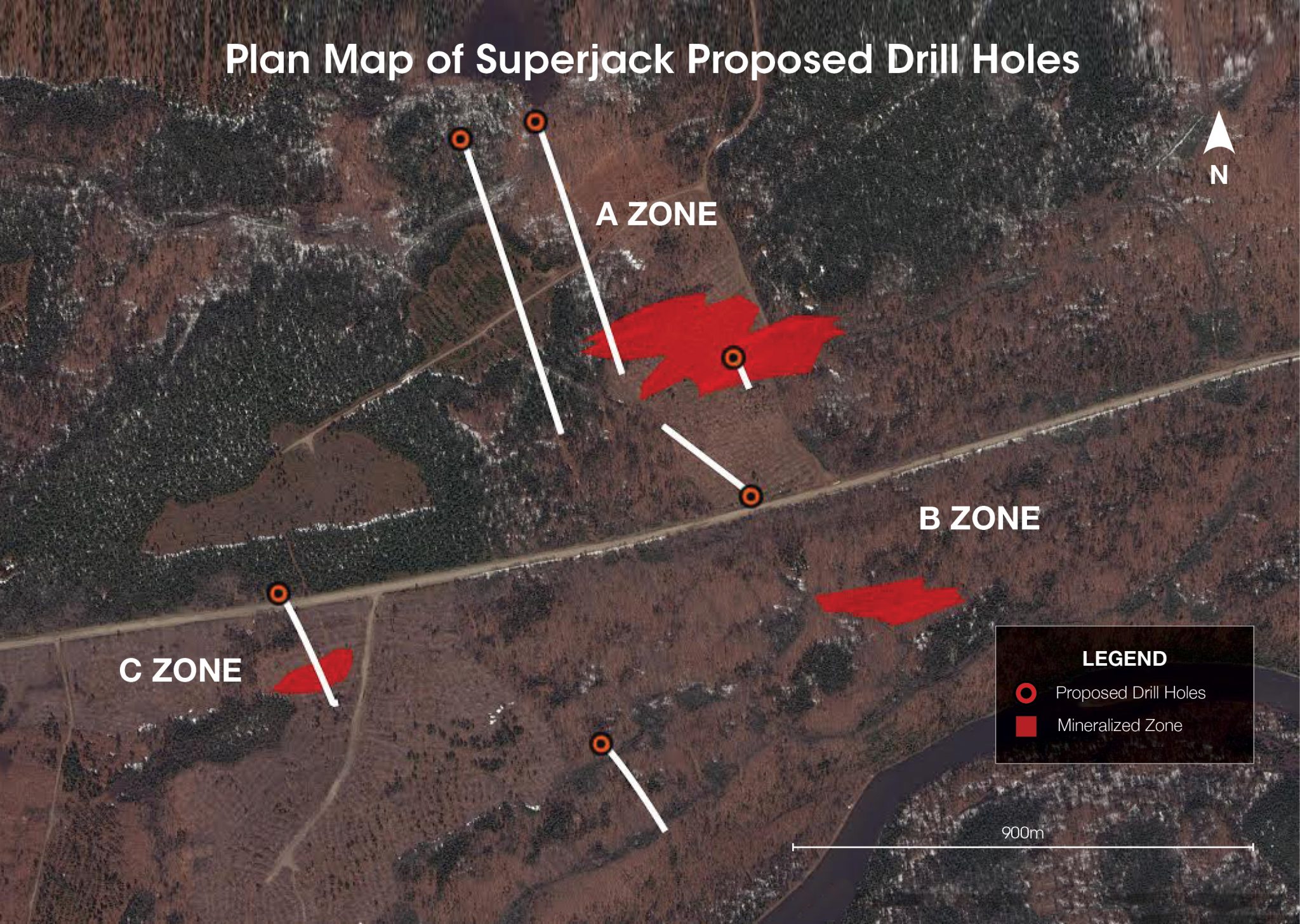 Figure 3: Long Section of the Superjack A Zone 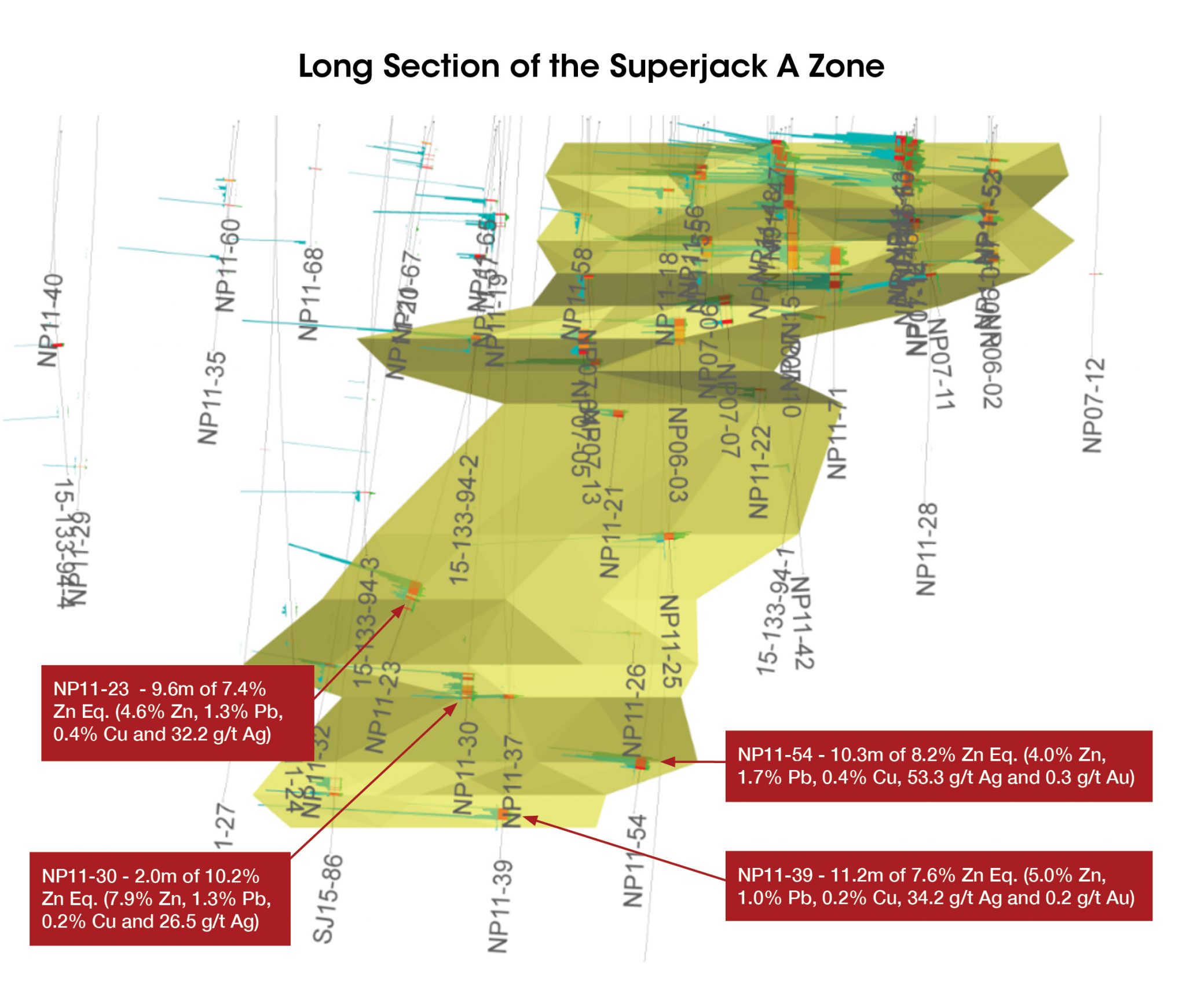 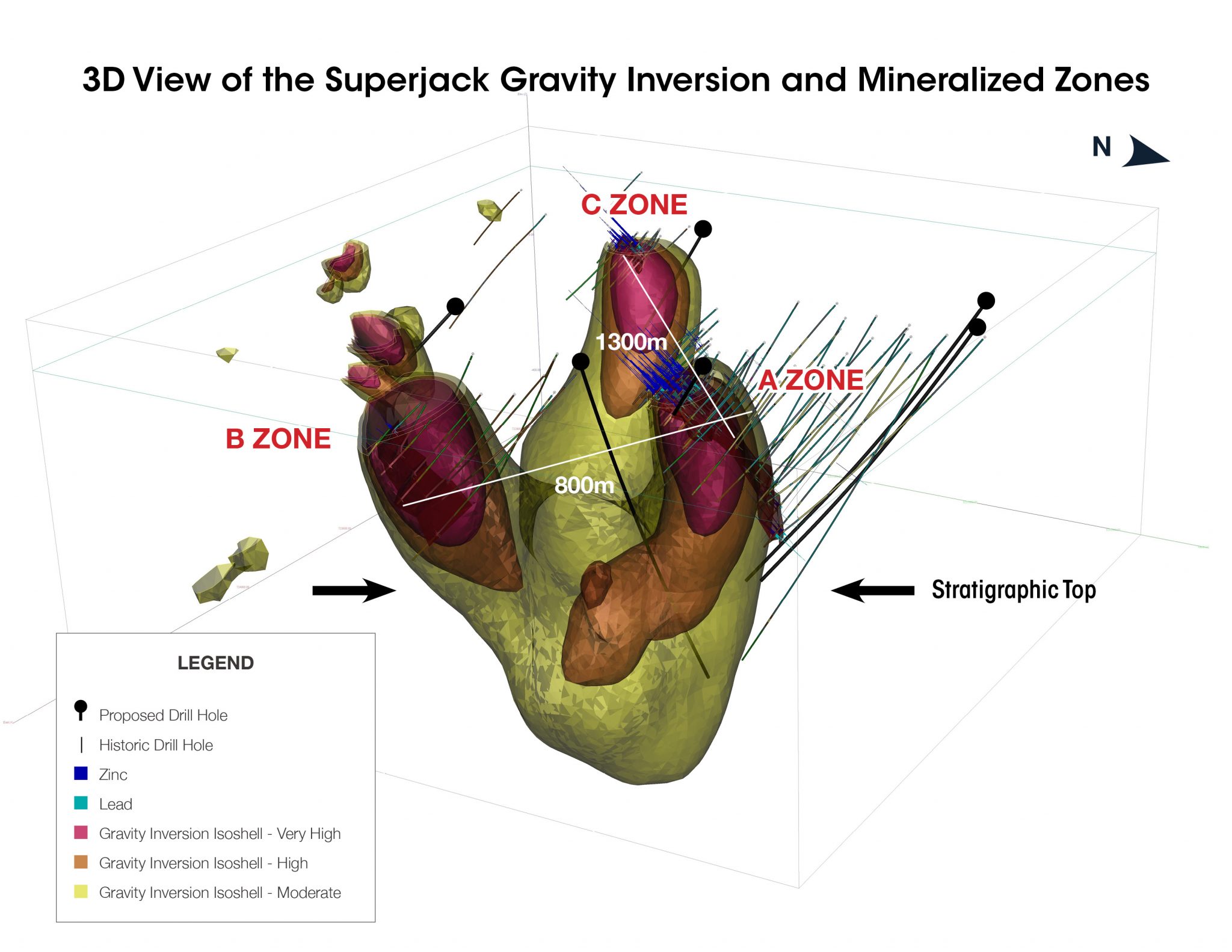