Vancouver, British Columbia – July 5, 2018 – Callinex Mines Inc. (the “Company” or “Callinex”) (TSXV: CNX; OTCQX: CLLXF) is pleased to provide an update on its upcoming exploration program at the Company’s 100% owned Nash Creek Zinc Project (the “Project”) located in the Bathurst Mining District of New Brunswick, Canada (See Figures 1 and 2). The upcoming exploration campaign is anticipated to include approximately 20 to 40 drill holes totaling 3,500 to 7,000m along and up to 160 line km of ground induced polarization (“IP”) surveys. The primary focus of the exploration campaign will be to test potential for satellite zinc-lead-silver deposits periphery to the Nash Creek Deposit (See Table 1), where limited drilling has occurred outside of the Hickey and Hayes zones (See Figure 3). The diamond drilling phase of the campaign is anticipated to commence next week and the ground IP surveys will follow soon after.

The Hayes South exploration area will test the southeast extension of the Hayes Zone, which represents one of the highest grade and widest mineralized zones discovered to date at the Project. Drilling will test the down-plunge portion of the the Hayes Zone which has potential for an underground operation to follow the open-pit mining scenario outlined in the 2018 Preliminary Economic Assessment (“PEA”).

The Hickey East expansion will be completed to expand drill coverage along a 250m long by 200m wide untested portion of an IP target (See Figure 3). The majority of this IP target has already been drilled and represents relatively higher grade zinc and lead mineralization within the Hickey Zone. The Company is working towards submission of a permit application to access this target area.

The NW Soil Anomaly target covers an approximate 800m long by 400m wide area covering an untested portion of a 3 km long soil anomaly. The southern 2 km of the soil anomaly represents the Nash Creek Deposit (See Figure 3). It is anticipated that this target area could host near-surface mineralization and is situated along the eastern boundary of the north-south trending Black Point-Arleau Brook Fault, which is the major basin bounding fault of the half-graben that hosts the Nash Creek Deposit.

The Central Zone represents an interesting target in an area with limited drilling. The Central Zone is reported to occur within the same stratigraphic package as the Nash Creek Deposit. Limited drilling consisting of four holes along a 550m long trend has intersected significant zinc and lead intersections in all drill holes. A 60 line km ground IP survey will be completed to further delineate zinc-lead-silver mineralization and potential to discover new deposits.

The IP program may be expanded up to 160 line km to cover high-priority target areas along a 20 km trend of mineral occurrences grading up to 19% Pb+Zn (See News Release dated August 21, 2017). To date, most of the drilling along these IP targets have demonstrated a strong correlation with the 2018 mineral resource estimate.

The 2018 PEA outlined a high-margin, open-pit mine plan that generates a pre-tax internal rate of return of 34.1% and Net Present Value at an 8% discount rate of $230 million (See News Release dated May 14, 2018). The life of mine all-in sustaining costs (“AISC”) were estimated at approximately $0.37 per pound of zinc produced, net of by-product credits (See News Release dated May 14, 2018). There is a clear opportunity to significantly enhance the project’s economics with additional exploration that extends the mine life and/or allows for higher grade material to be scheduled earlier in the mine plan.

A two-minute overview video for the Nash Creek Project can be viewed by clicking here.

Cautionary Note on PEA. The PEA is preliminary in nature and it includes Inferred Mineral Resources that are considered too speculative geologically to have the economic considerations applied to them that would enable them to be categorized as Mineral Reserves. There is no certainty that the PEA will be realized. 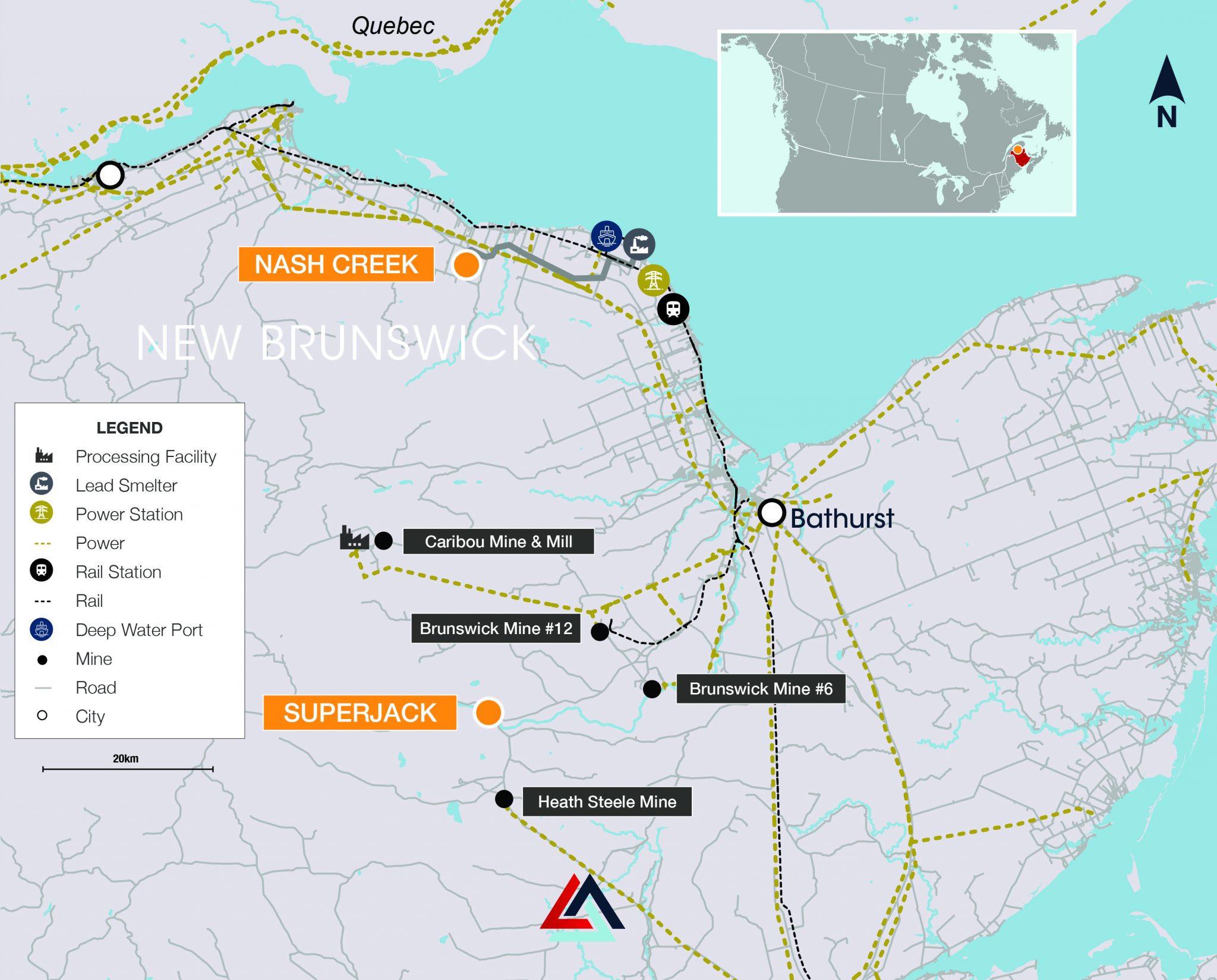 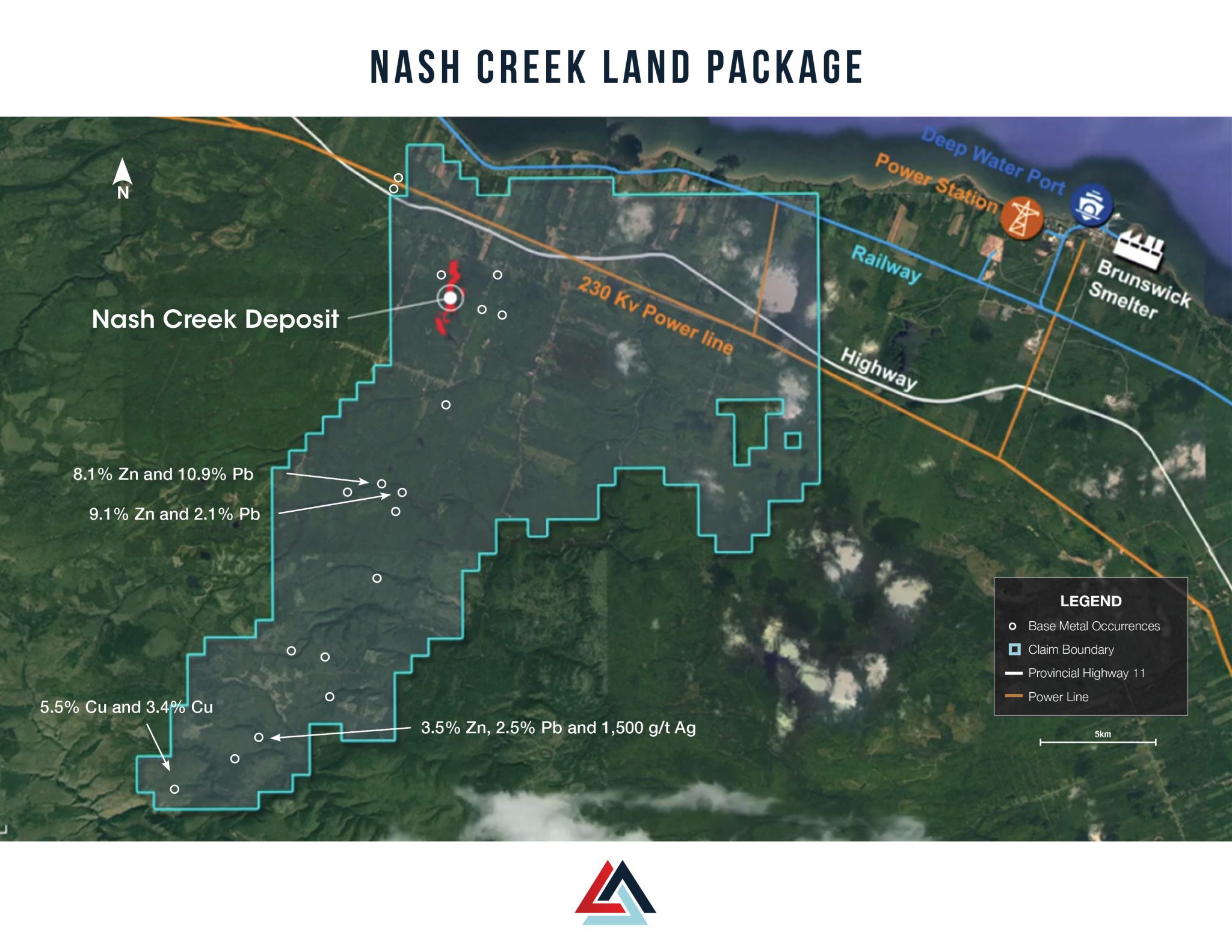 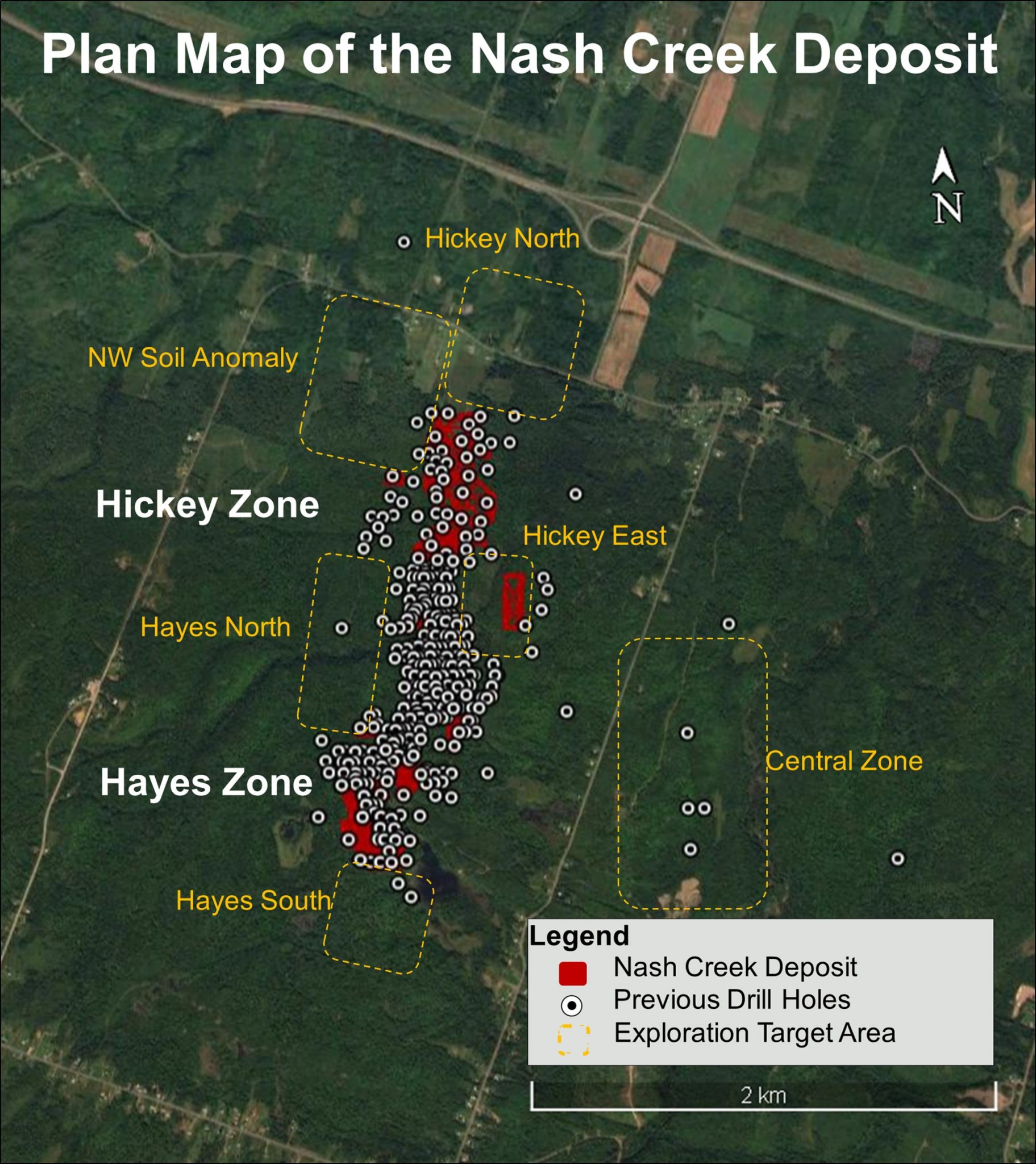 Callinex Mines Inc. (TSX-V: CNX ; OTCQX: CLLXF) is advancing its portfolio of zinc rich deposits located in established Canadian mining jurisdictions. The portfolio is highlighted by its Nash Creek and Superjack deposits in the Bathurst Mining District of New Brunswick. A 2018 PEA outlined a mine plan that generates a strong economic return with a pre-tax IRR of a 34.1% (25.2% post-tax) and a pre-tax NPV8% of C$230 million (C$128 million post-tax). The projects have significant exploration upside over a district-scale land package that encompasses several high-grade mineral occurrences along a 20 km trend. Click here to view a video overview of the Nash Creek Project.