Vancouver, British Columbia – July 19, 2022 – Callinex Mines Inc. (the “Company” or “Callinex”) (TSXV: CNX) (OTCQX: CLLXF) is pleased to announce that it has completed 21 drill holes during the ongoing 2022 drilling campaign (the “Campaign”) at its Pine Bay Project (the “Project”) located 16km from Flin Flon, MB (District Overview Map). The 21 holes drilled to date have completed 12,950 meters of the fully funded 20,000 meter drilling campaign with a focus on delineating the high-grade copper Rainbow Deposit (the “Rainbow”) and test recently identified regional exploration targets.

One drill rig has completed 11 drill holes as the Company completes step out and infill drilling on the Red, Orange and Yellow zones of the Rainbow Deposit (Rainbow Deposit Long Section). The Company anticipates another 9 holes will be completed on the Rainbow before the end of this campaign and ahead of the publication of a maiden NI 43-101 resource estimate on the deposit.  Additionally, re-sampling of the historic core from the Pine Bay deposit is underway in preparation for an updated NI 43-101 resource estimate that is planned. Rainbow and Pine Bay are located on Callinex’s mineral lease, less than 250m from a high-voltage power-line and 550m from a historic shaft with direct road access to processing facilities in Flin Flon, MB. 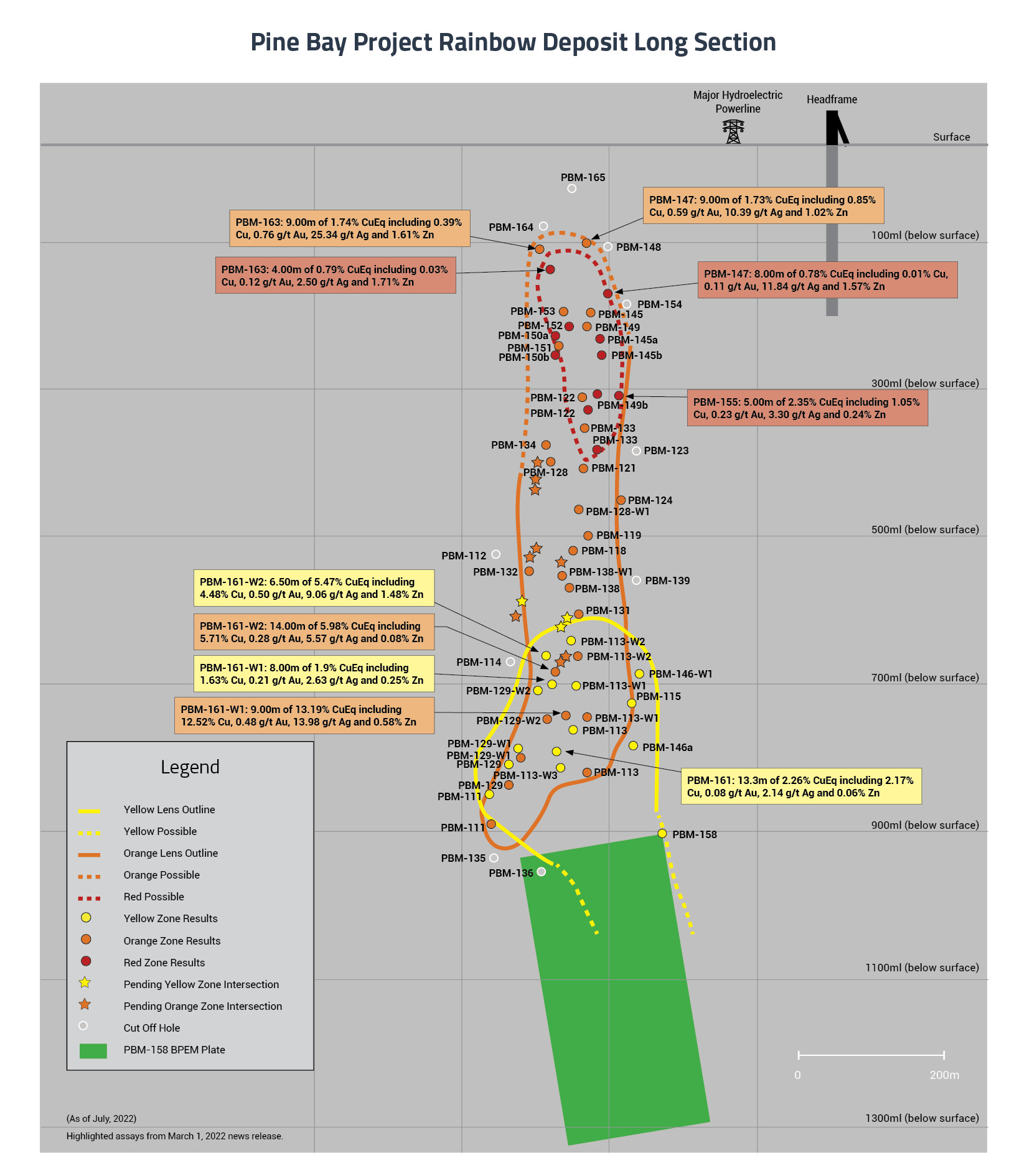 A second rig has begun testing three of the five high-priority exploration targets that were recently identified (Pine Bay Project Plan View). The Company has drilled eight holes to test electromagnetic (“EM”) geophysical targets identified at the base of the interpreted growth fault that hosts Rainbow and five other deposits, three of which have seen some level of historic production (See News Release dated March 10, 2022). Two drill holes tested Anomaly A and six holes tested Anomaly B which are being processed and pending assay and geochemical results. The Company plans to return Anomaly B prior to the conclusion of the current exploration campaign.  Currently, the Company is planning to mobilize to test an additional previously unannounced priority Induced Polarization (“IP”) and coincident EM target located between Anomaly B and Rainbow based on results to date. 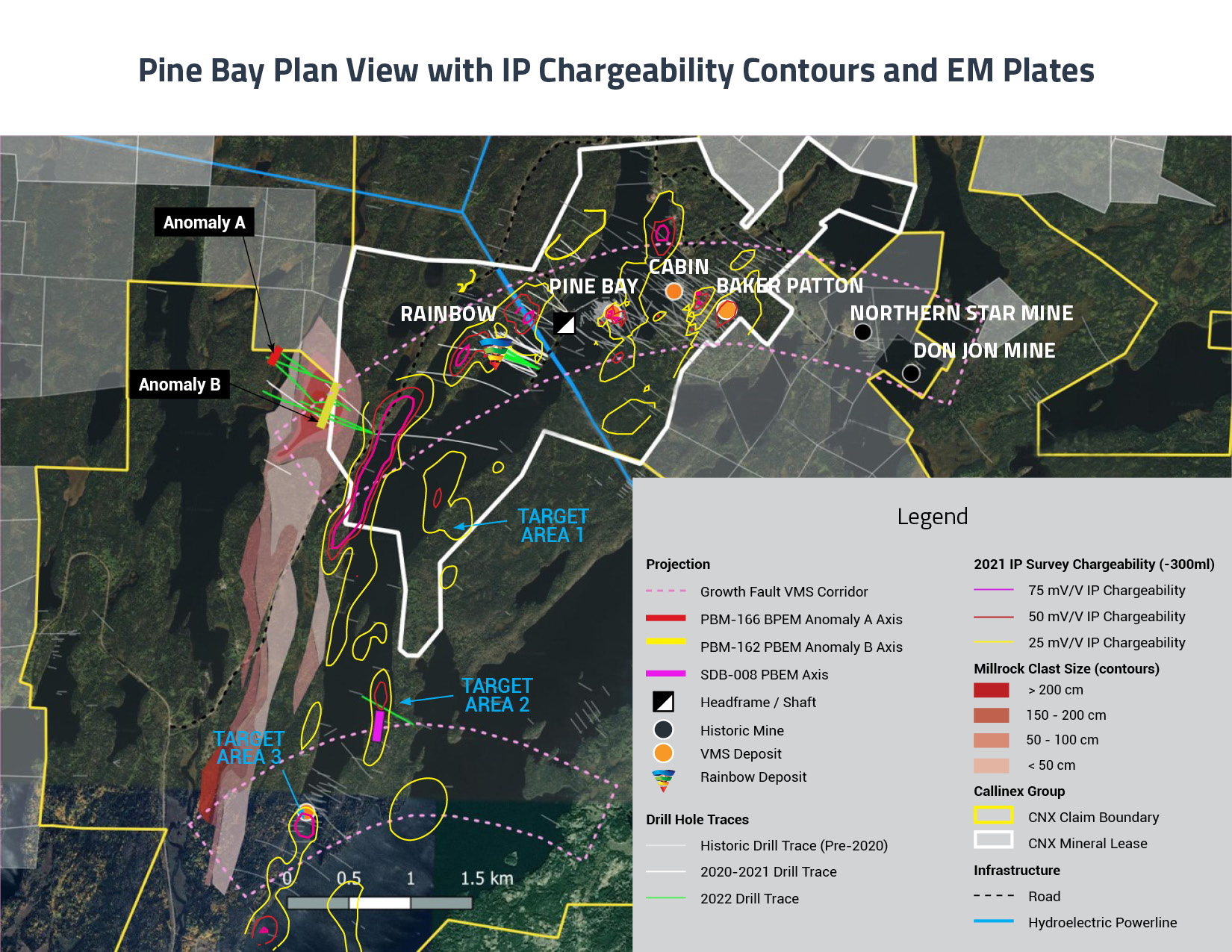 The Company has tested Target Area 2, one of three targets identified from regional induced polarization and EM surveys completed along 5.5km of the trend that hosts the Rainbow and Sourdough deposits and past-producing Centennial Mine (See News Release dated February 2, 2022). Based on favorable geology intersected and results from a subsequent borehole pulse EM (“BPEM”) the Company has plans to immediately follow-up with additional drill testing.

Additionally, Callinex is currently in the process of refining Target Area 1 by completing a refined BPEM survey on drill hole PBM-120 which was drilled in the vicinity. Based on the interpretation of the BPEM survey results a exploration drill hole will be planned to test this target area.