In 2015, Callinex Mines completed an option agreement to acquire a 100% interest in the Flin Flon Project. The project area covers 2,455 ha with similar geological strata to the main mine horizon that hosts Hudbay’s 777 mine. The project is located 2 km southeast of the town of Flin Flon, Manitoba and is well situated in regards to infrastructure with direct road and power access in place.

The Flin Flon Project was acquired based on the presence of favorable geological strata, known mineral occurrences, and it being in close proximity to eight former producing VMS deposits in Manitoba, and one active mine, Hudbay’s 777 mine. A 692 line kilometer airborne EM and MAG survey was successfully completed in 2014 across the favorable geological strata, leading to the delineation of 14 new targets. Two areas with high potential to host a VMS deposit were identified in the northwest and central areas of the property. These two target areas are believed to continue into Hudbay’s adjacent property area. Further along strike to the north, these favorable strata, also on Hudbay’s property area, there are a series of deposits present over a strike length of 3 km.

Previous to work completed by Callinex Mines, the Flin Flon Project had not been subjected to property specific, modern geophysical exploration methods, which are considered to be the most relevant for target identification. Historic work was conducted intermittently from 1951 to 1995, and consisted of geochemical sampling geophysical surveys, and limited shallow drilling, which did not test the newly delineated high priority targets. 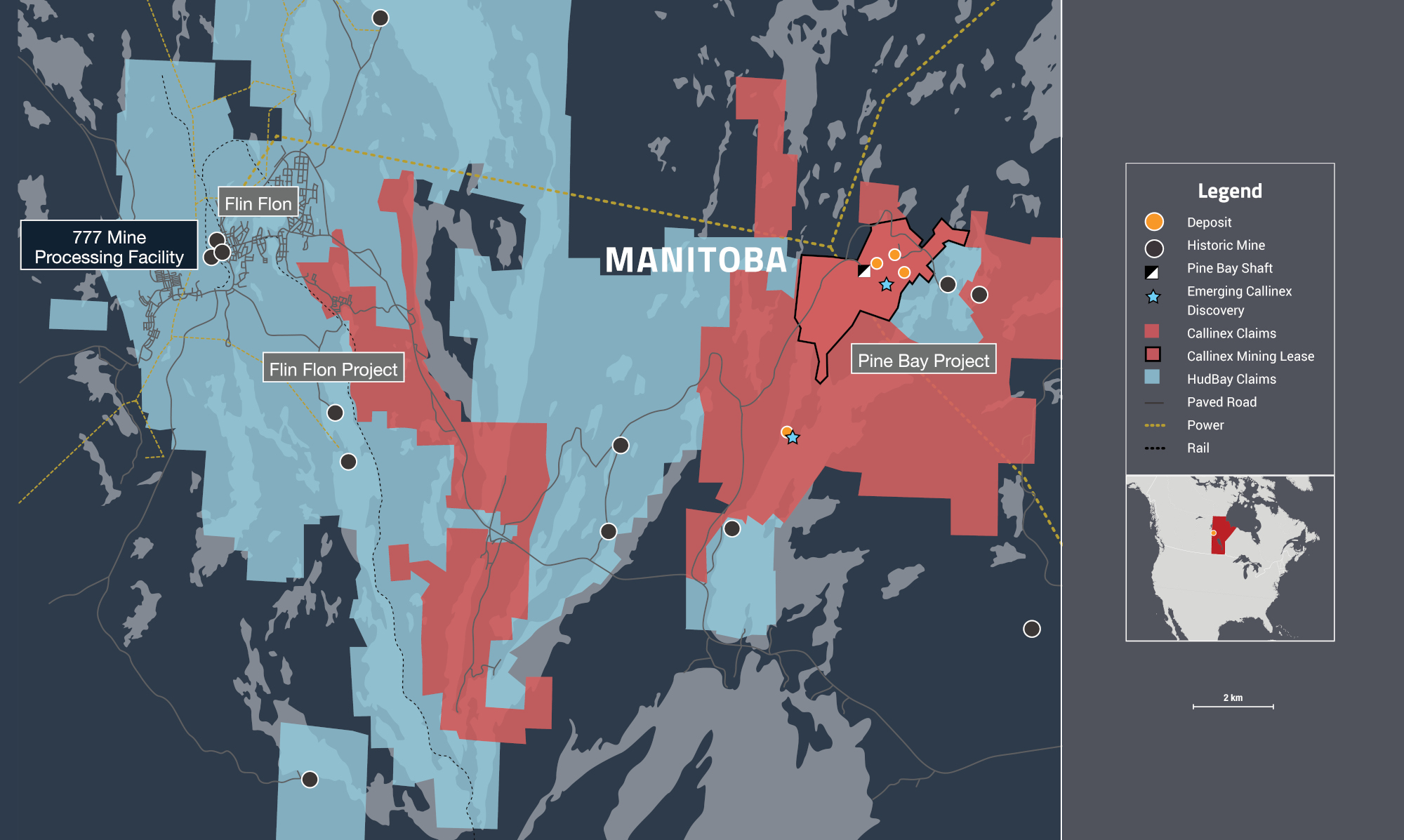