Callinex owns a 100% interest in claims covering +6,000 sq. ha along a 10km long favorable trend in the Flin Flon Greenstone Belt. The project is accessible by paved and all-weather gravel roads from the City of Flin Flon and has ready access to power and water.

The claim package covers a significant portion of the Baker Patton Felsic Complex, one of the largest and most highly altered exposed packages of felsic volcanic rocks within the Flin Flon Greenstone Belt. Historic exploration activities have outlined four mineral deposits, three of which are located within a mineral lease that has advanced permitting status and includes the right to conduct mining activities. The Pine Bay deposit, the largest of the four historic deposits, has a 212m vertical shaft with significant underground workings from previous exploration activities.

Since 2014, Callinex has completed over 10,000m of drilling which has led to two new discoveries. The newly discovered Pine Bay East Zone, located approximately 300m from historic underground workings, consists of mineralization encountered within four holes over a 175m strike length. Hole PBM-014 intersected 2.3m of 9.3% Zn Eq. while hole PBM-008 intersected 3.2m of 3.3% Cu. All mineralized intersections are located within 440m of surface and almost no drilling has been completed at depth. Both Placer Dome and Inmet, who had mandates to discover a large VMS deposit within the project, identified potential at depth beneath the now known Pine Bay East Zone.

Previously, Placer Dome had a mandate to discover a 30 million ton VMS deposit within the northern area of the project within the Baker Patton Felsic Complex. Callinex plans to complete additional drilling in 2016 and 2017 to further evaluate the size potential of mineralization within the project. 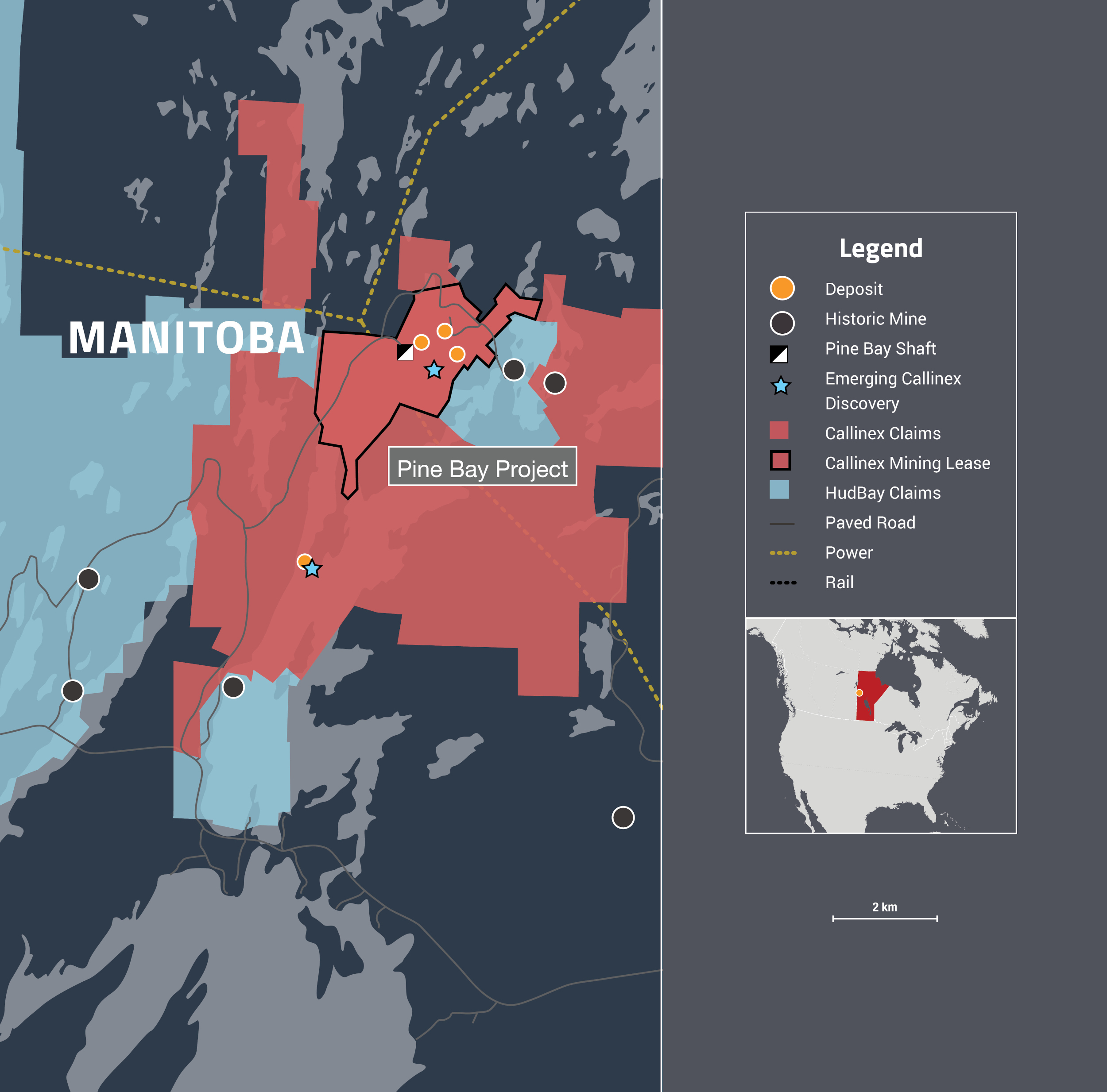