Callinex owns a 100% interest in Mining Lease 136 subject to a 3.5% NSR, of which 1.5% can be re-purchased for $2.0 million. The project is accessible by road and trails approximately 37km from the city of Grand-Falls Windsor and 20km from the provincial power grid.

The Point Leamington deposit was discovered by Noranda during the 1970s and was advanced as a potential open pit operation. In 1997 Noranda sold the project to Rubicon Minerals who subsequently entered in to an option agreement with BHP Billiton in 1999 to earn up to a 70% interest in the project in exchange for financing the project to commercial production.

The project has not been subjected to any drilling programs since 2004 despite favorable results as the project was largely held within a small junior focused on other jurisdictions. Recent metallurgical testing completed by Newmarket Gold Inc. (TSX: NMI) in 2014 indicated potential to significantly increase gold recoveries from levels previously contemplated by Noranda. Additional metallurgical and preliminary engineering studies will be necessary to further evaluate the economic potential of the deposit.

The Project also has potential to host additional deposits along strike from the Point Leamington Deposit. Drill hole PL04-073, drilled approximately 275m along strike from the deposit during the most recent exploration campaign, intersected 3.9m grading 5.18% Zn, 1.65 g/t Au, 33.1 g/t Ag and 0.27% Cu (See Figure 2). This area is largely untested at depth and additional drilling may be completed in the future. 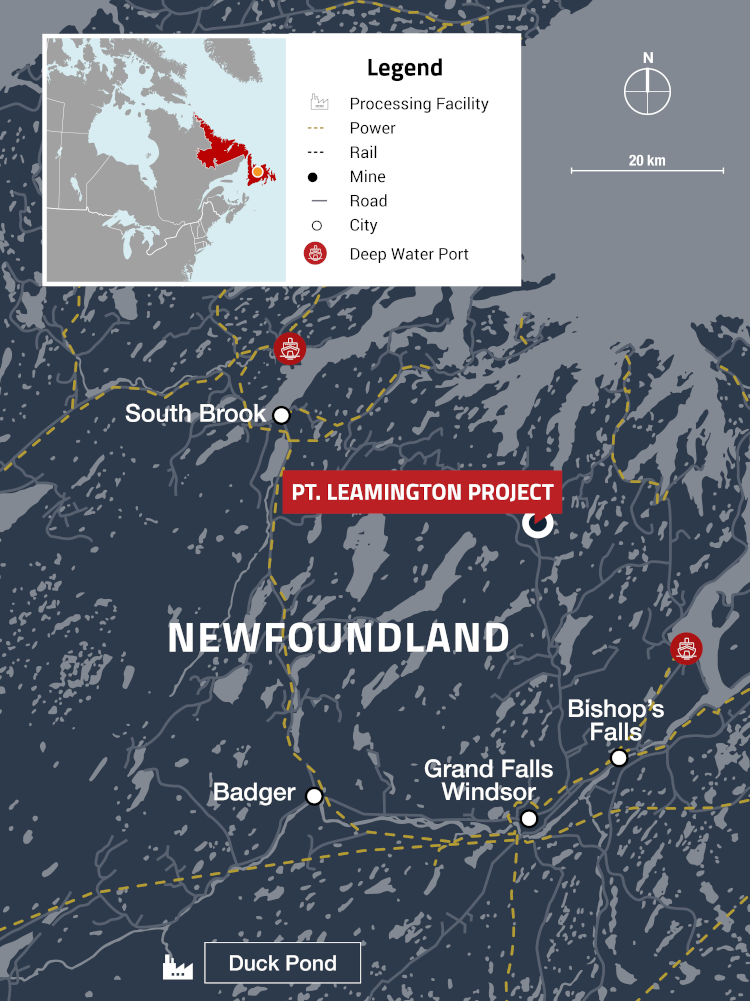 The technical content of this page has been reviewed and approved by James Pickell, P.Geo, a Consultant to the Callinex, and a Qualified Person as defined by National Instrument 43-101. Mr. Pickell has also reviewed the Technical Report and Resource Estimate prepared by Tetra Tech. 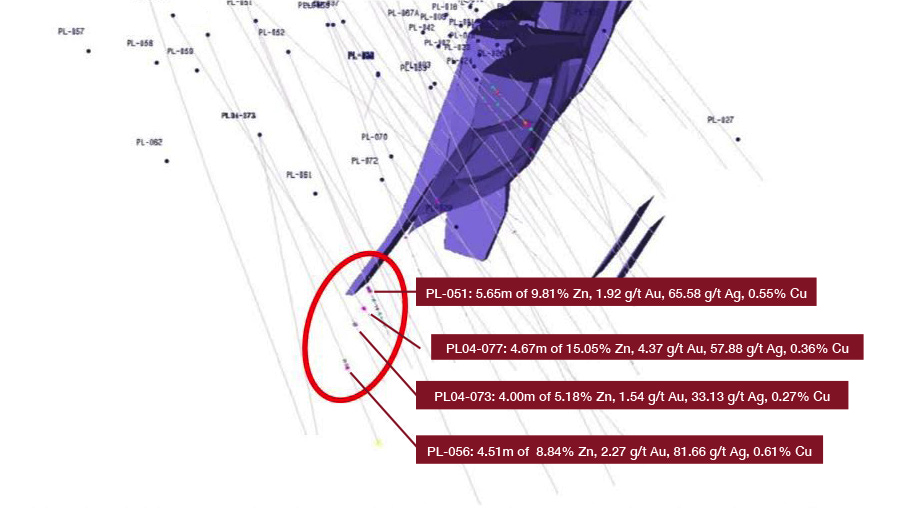